It will Probably be a Good Year

Although it’s a little late in the game, Carnegie Mellon statistician Chad Schafer helps to usher in the International Year of Statistics in a recent Pittsburgh Post Gazette article.

And what a year it has been.  Statistician Nate Silver, who has been successfully handicapping presidential elections, recently jumped ship from the New York Times to ESPN.

Also, in a fascinating turn, Hal Varian is quoted in the Post Gazette piece saying that statistics will be the “the sexy job in the next 10 years.”

It’s sort of a big deal that Hal Varian says statistics and not economics is the hot job, seeing as how many economics Ph.D.s of my vintage learned our microeconomic theory from Hal Varian’s iconic text (These days, of course, Varian’s text just gets you warmed up for the good stuff).  Varian has remained ahead of the curve, authoring some of the foundational work on the “new economy”  and is now the Chief Economist at Google.  Wow.

Getting back to the International Year, Professor Schafer runs through a bunch of projects from in and around Pittsburgh, from the National Surgical Adjuvant Breast and Bowel Project to the Pittsburgh Port Authority’s routing of buses to the RAND Corporation’s work on education reform.  Not to mention some of the weightier issues. It sounds like those statisticians have almost as much fun as we economists.

Department of Statistics and Foster School of Business

University of Washington at Seattle

Mathematical modeling is all about choosing the simplest equations that act like reality. Models of the evolution of interest rates over time are surprisingly deep because simpler models are full of inconsistencies (called “arbitrage opportunities”) that do not reflect market efficiency. Sophisticated traders would exploit these opportunities, systematically changing interest rates, instantly rendering the model invalid. At any given moment there are many interest rates: one for each investment term (which can range from days to years), and a consistent model must prevent arbitrage opportunities within the vast linear space of combinations (portfolios) of investments with different terms. Many aspects of mathematics and statistics are involved in the creation of consistent arbitrage-free models. My research involves a change in focus: Building a linear system for market prices instead of for interest rates, which reduces model complexity while increasing model flexibility. The technical parts of this talk will be described conceptually in an intuitive way, and anyone with an interest in mathematics and its applications is welcome to attend! 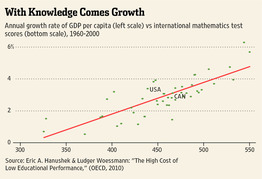 McDougal Lecture in Mathematics: “A Combinatorial Book of Colors”

Professor Richard Brualdi from University of Wisconsin is on campus this coming Tuesday, April 17, to give the inaugural McDougal Lecture in Mathematics.  The talk is at 4:30 in Steitz Hall 102.

Professor Brualdi’s talk is “A Combinatorial Book of Colors,”  and I’ve been assured that this is accessible to a more general audience.  (Of course, I was assured by a mathematician).  Here’s more on Professor Brualdi.

The McDougal Lecture promises to be an exciting addition to the intellectual climate here, and here’s some background information from our friends in the math department:

Professor Kevin F. McDougal earned a Bachelor of Arts degree in  mathematics from Lawrence University in 1979.  He wrote his Ph.D.  dissertation, Some Combinatorial Properties of (0, 1) Matrices, under the direction of Prof. Richard Brualdi and received his Ph.D. from the University of Wisconsin, Madison in 1989.  Kevin was a Professor of Mathematics at the University of Wisconsin, Oshkosh and had nine publications in combinatorics and a nearly completed book in combinatorics when he unexpectedly died in 2004 from a rare heart condition while training in Green Bay.  The McDougal family sponsors this lecture series to celebrate Kevin’s intellectual curiosity and passion for mathematics.

Who Says Symmetry is No Graphing Matter?

Professor Scott Corry from upstairs in the math department will give a Science Hall Colloquium, “Symmetry: An Example from Graph Theory,” on Tuesday, November 1 at 11:10.  The Colloquium is intended for a general audience, and according to usually reliable sources, Professor Corry will be speaking at a level the general public like me can understand.  Here are the particulars:

Abstract: Professor Corry will provide a glimpse of how mathematicians ask and investigate questions in pure mathematics. Rather than speaking in broad generalities, he will describe one of his recent theorems about symmetries of finite graphs. No specific mathematical knowledge will be presumed, so all interested parties are heartily encouraged to attend.

Regular readers of this blog might remember Professor Corry as the winner of the 2011 Young Teacher Award right here at LU, so you can expect a clear, engaging talk.

OK, this may not be all you need to satisfy the calculus prerequisite for Micro Theory, but Steven Strogatz’s columns on mathematics are always fun and educational. In this most recent one he explains how calculus is “change we can believe in,” relating to hiking in the snow, Michael Jordan’s jumps, and the short days of winter.