10/23 Convocation – “Listening Well in a World that Turns Away” 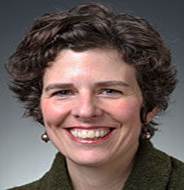 Katherine Cramer is an American political scientist and a professor at the University of Wisconsin-Madison. She is the author of “The Politics of Resentment: Rural Consciousness in Wisconsin and the Rise of Scott Walker,” the product of almost a decade of studying political attitudes in rural Wisconsin through ethnography.

Her work focuses on the way people in the United States make sense of politics. She is known for her innovative approach to the study of public opinion, in which she invites herself into the conversations of groups of people to listen to the way they understand public affairs.