“The Radical Possibility and Democratic Necessity of Navel Gazing”

Virtual Convocation, Interview and Q & A

“Finding Home: Belonging During a Pandemic” 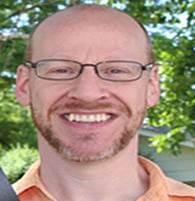 Phil Plait is an American astronomer, skeptic, writer and brainchild behind the popular science blog “Bad Astronomy,” on which he tries to debunk scientific myths and misconceptions.

Though never a NASA employee, he has worked as part of the Hubble Space Telescope team as well as engaging in public outreach advocacy for several NASA missions focused on high-energy forms of light emitted by black holes, exploding stars and super-dense neutrons stars.

Plait is the author of two books, “Bad Astronomy” and “Death from the Skies!,” in which he provides real science behind all the ways astronomical events could wipe out life on Earth. Plait attended the University of Michigan and earned a Ph.D. in astronomy from the University of Virginia.