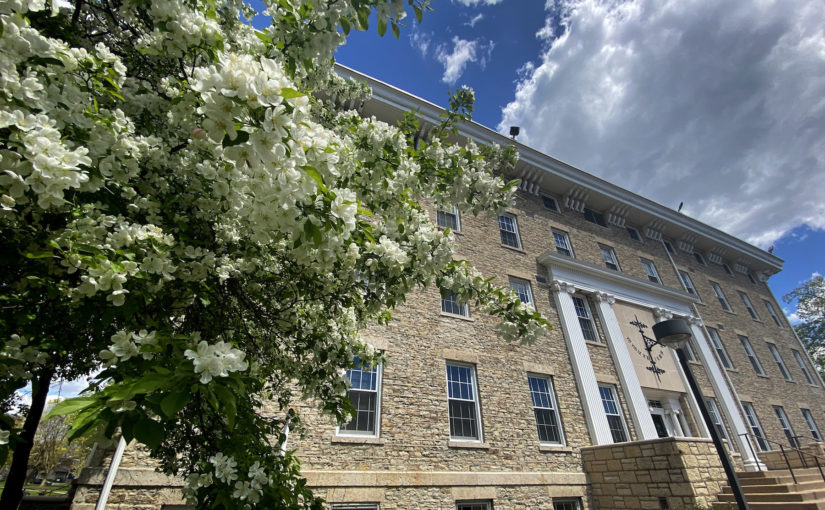 Lawrence University has announced the hiring of 10 new tenure-track faculty, all beginning at the start of the 2021-22 academic year.

Three of the new faculty will fill positions in the Psychology department, including two newly created endowed professorships, one in cognitive neuroscience and one in collaboration and organizational psychology.

The influx of new faculty brings talent and experience across the college and the Conservatory, including in environmental studies, ethnic studies, history, philosophy, chemistry, physics, mathematics, and vocal coaching.

“I am absolutely thrilled to be welcoming such a talented, dedicated group of scholars to the Lawrence faculty,” said Catherine Kodat, provost and dean of faculty. “Our new colleagues will fortify strengths in existing academic programs and help us develop new areas of focus.”

The new hires include:

Brittany Alperin, assistant professor of psychology. She will be the inaugural holder of the Singleton Professorship in Cognitive Neuroscience. She comes from the University of Richmond, where she’s been a visiting assistant professor since 2019. She earned a bachelor’s degree in psychology and neuroscience from Hampshire College and a Ph.D. in behavioral neuroscience from Oregon Health and Science University.

Kelly Culhane, assistant professor of chemistry. She has been working as a postdoctoral fellow at the University of Minnesota since 2019. She joins the Chemistry department after earning a bachelor’s degree in chemistry from St. Olaf College and a Ph.D. in molecular biophysics and biochemistry from Yale University.

Amanda Draheim, assistant professor of psychology. She joins the Psychology department at Lawrence after recently completing her Ph.D. in clinical psychology at Georgia State University. She previously earned a bachelor’s degree in psychology from Trinity University.

Margaret Koker, assistant professor of physics. She has been teaching in the Physics department at Lawrence as a visiting assistant professor since 2018. She previously worked as a postdoctoral research fellow, a research assistant, and an engineering lecturer at Cornell University and as a Beamline scientist at the University of Chicago. She holds a bachelor’s degree from Boston University, a master’s from the University of Illinois, and her doctor rerum naturalium from the Max Planck Institute for Intelligent Systems in Stuttgart, Germany.

Linnea Ng, assistant professor of psychology. She will be the inaugural holder of the Hurvis Professorship in Collaboration and Organizational Psychology at Lawrence. She is completing a Ph.D. in industrial organizational psychology at Rice University. She earned a bachelor’s degree in psychology from Davidson College.

Kristin Roach, assistant professor of music (vocal coaching). Her recent accomplishments include work as a vocal coach at the Chautauqua Opera Theatre, conductor with the Pacific Opera Project, musical director and conductor with Spotlight on Opera, and conductor with Vocal Academy of Orvieto. She earned a bachelor’s degree in applied piano and a master of music in piano performance/literature and accompanying/chamber music, both from Eastman School of Music.

Elizabeth Schlabach, associate professor of history. She comes to Lawrence following eight years as a member of the faculty at Earlham College. She previously worked as a visiting professor for five years at The College of William & Mary. She earned a bachelor’s degree in history and theology from Valparaiso University, a master’s in American Studies from Lehigh University, and a Ph.D. in American Studies from St. Louis University.

The hiring of Alperin as Lawrence’s first Singleton Professor in Cognitive Neuroscience and Ng as the first Hurvis Professor in Collaboration and Organizational Psychology marks a significant milestone in the Psychology department.

The two endowed positions came out of the hugely successful Be the Light! campaign that over the course of seven years raised $232.6 million and added five endowed professorships.

The Singleton professorship elevates Lawrence’s work in the area of cognitive neuroscience and the Hurvis professorship allows for the exploration of the psychology of collaboration, a growing field that has relevance across the curriculum as students prepare for life after Lawrence.

Kodat called the filling of the two endowed positions “especially gratifying,” a tangible result of the generosity and vision seen in the Be the Light! Campaign.

“These positions—in organizational psychology and cognitive neuroscience—will help advance the curricular innovation that was one of the centerpieces of the campaign,” she said.

“I look forward to a long and happy collaboration,” Kodat said.