An hour long campus tour highlighting the Warch Campus Center, Memorial Hall, Riverwalk, College Avenue median, residence halls, Memorial Chapel and many of the other campus improvements made possible thanks to More Light!.

Over the past three years interest in video at Lawrence has exploded. From the This is Lawrence videos to campus highlights and student produced Lawrence pieces, Lawrence alumni and friends are hearing (and seeing) from the college on a weekly basis. Stop by the cinema to see some of our favorite Lawrence videos.

This documentary depicting the life of the revered environmentalist John Muir, who was instrumental in creating the National Park System and founded the Sierra Club, was written, produced and directed by Catherine Tatge ’72 and scored by Emmy Award–winner Garth Neustadter ’10.

Pirandello’s dark comedy explores the relationship between affection and madness as “Henry” pretends to be a medieval emperor to shield himself from the pain of lost love. Tickets are $10 and can be purchased in advance at the Lawrence Box Office.

As part of Lawrence’s World Music Series, Deep Listening Band brings its unique and immersive musical experience to campus. Pauline Oliveros, one of the most important composers of the 20th century, formed the concept of “deep listening” to describe the active art of listening. This event is free.

The mockumentary-style film takes place New York’s Adirondack Mountains where a zany cast of characters compete with colleagues at their company retreat. Company Retreat was written and directed by Campbell Scott ’83. Private screening. 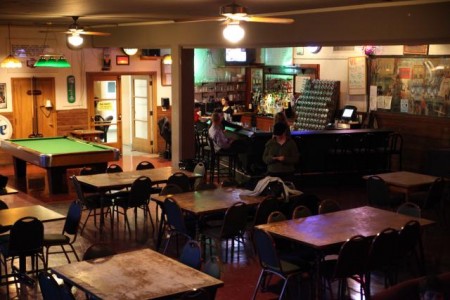