Scary Stories (to Tell in the Dark)

In Monday’s Financial Times – of course, no US newspaper would publish it – Stephen Roach, former chair of Morgan Stanley Asia and present senior fellow at Yale University, describes a scenario that might take place if 1) Mitt Romney is elected and 2) he follows through on what he said would be his first order of business.  I encourage you to read this opinion piece in full.  Here are the pertinent details.

3. Negotiations between the US and China fail so the US slaps a 20% tariff on all Chinese products entering the US.

4. Beijing interprets this action as economic warfare and files a complaint with the WTO.

5. Not willing to wait until the WTO dispute process plays out and given the large number of plants closed in China, China’s Ministry of Commerce introduces a 20% tariff on all U.S. exports (roughly $104B worth in 2011.)

7. The Fed extends its commitment to zero interest rate policies to 2015 (ZIRP.)

8. Financial market swoon, and Romney and Congress up the tariffs on China by another 10%.

9. China publicly announces it will no longer buy US treasuries.

10. Both the US and Chinese economies tank. 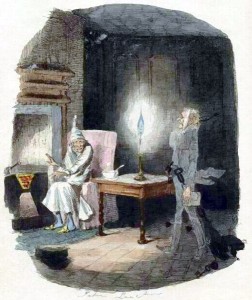 Is this scenario just the ghosts of Smoot and Hawley (authors of the infamous Tariff Act of 1930) arising to exhort their contemporary counterparts in Congress or is this just a nightmare that will fade when Stephen Roach and I wake up?

This is clearly the “dark” side of public policy making.  But, where’s the “light” or enlightened side? I don’t see any.