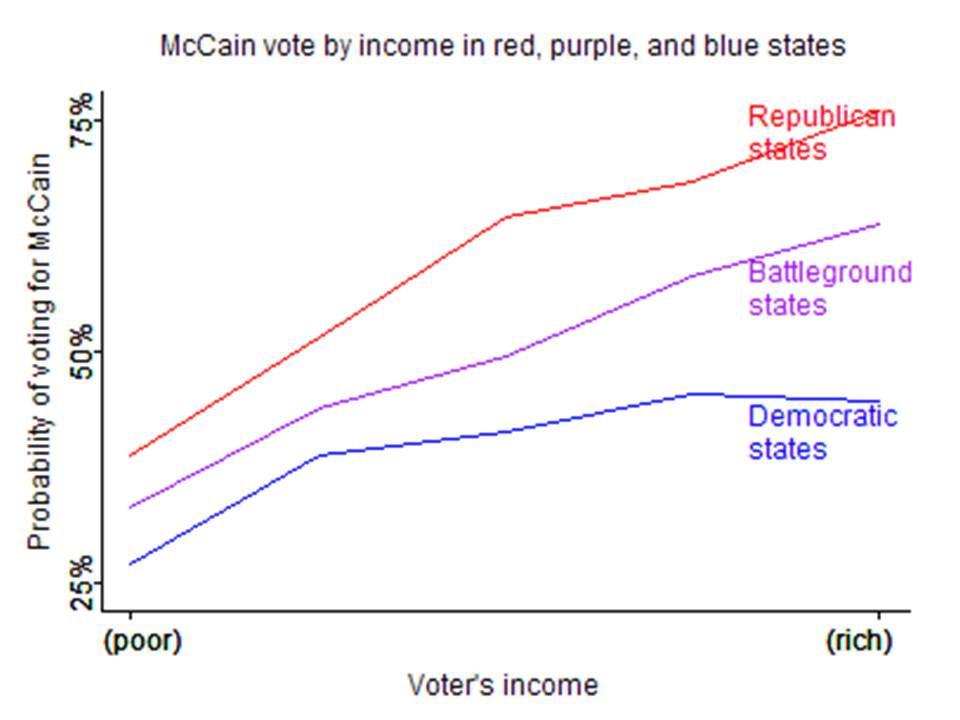 So what are some of these other margins?

Well, moving from Red and Blue states to pink and blue gender differences is an obvious one.  The gender split doesn’t manifest itself as much at the state level, as one would expect that most states have approximately the same numbers of male and female voters (women voters actually outnumber men on the order of 7:6).  Over at Yahoo news there is a neat little interactive graphic that allows you to see how many people of various names give to Republicans and Democrats.

The results show that the climb up to Capitol Hill is very gender specific — Jack gives to Republicans (69% R, 31% B) and Jill gives to Democrats (46%R, 54%D).  As the graphic below shows, this gender division holds true for most male (the boys in blue) and female donor names.

Except for guys named Jonathan and women named Betty. 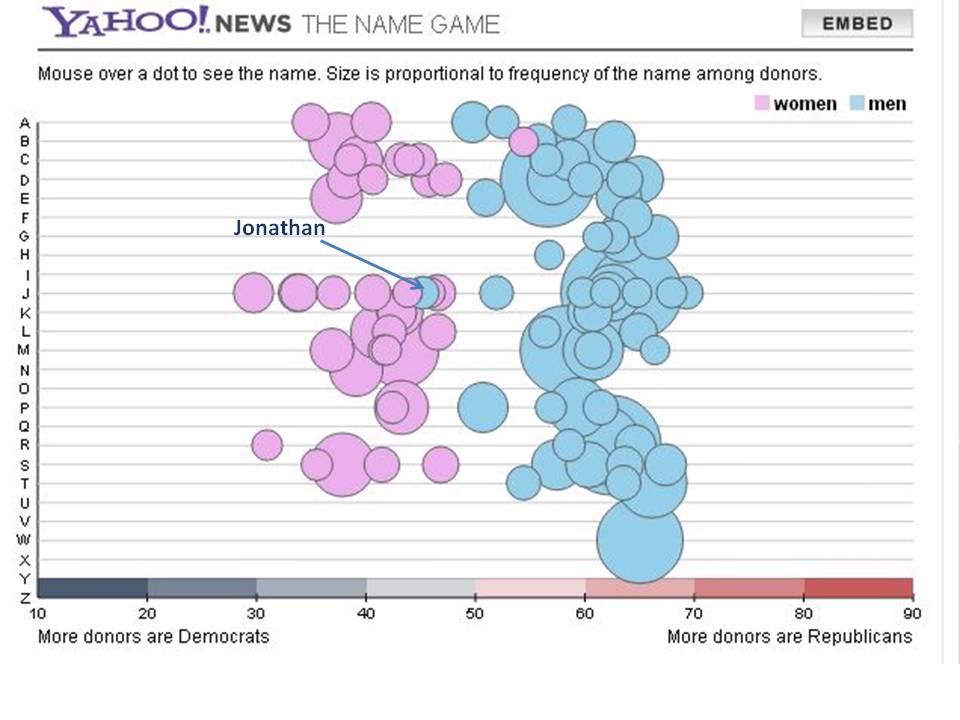 This gender split could have some pretty serious long-run implications, as deviant political ideologies are increasingly a deal breaker in the dating game.

You can also do the search by last names — Jacksons favor Democrats, Johnsons favor Republicans, and the Joneses split 50-50.

Another demographic group of major import comes to us from the wide world of sports. If you were at a Ultimate Fighting event this past weekend, do you think many of your fellow fanatics are likely to vote?  And, if so, who do you think they would vote for?

The National Journal has some answers.

As you can see from the graphic, fans of blood sports such as UFC and WWE don’t get to the polls much, but they seem to lean to the left.  On the other hand, golf fans head to the polls at very high rates and vote Republican at even higher rates than NASCAR fans.  I wouldn’t have seen that coming.  Fans of women’s professional sports — the WNBA and women’s tennis, in particular, vote Democrat.

Monster truck fans are more middle-of-the-road when they manage to get out to the polls, which isn’t often.

The National Journal site also has this broken down by allegiances to individual sports franchises.  The voting patterns often follow the team’s state — Alabama Crimson Tide fans are rabid Republicans, and they get out to vote.  Out on the left coast, San Francisco football and baseball fans get out and vote Democrat.  New York Knicks fans tend to be Democrats, but they really don’t tend to vote.

And, Packer fans get out to vote Republican.

Okay, that’s my election preview.  Get out to the polls if you are so inclined (i.e., you don’t happen to be an economist), and here’s hoping your team wins.