ZIRP: The New Free Lunch? Don’t Bet on It.

The Federal Reserve Bank of the US has followed a zero interest rate policy (ZIRP) since fall 2008.  It has employed a variety of mechanisms to lower not only overnight loans between banks (the Federal Funds rate – its usual target) but also to lower the entire yield curve. (See the details at the Federal Reserve Bank of St. Louis.) Previous postings here and here have addressed some of the costs of this approach. 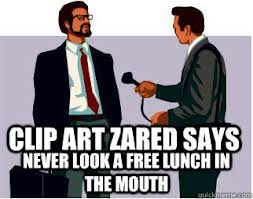 Yesterday’s Financial Times contains some historical evidence consistent with the idea that ZIRPS are not free.  John Plender argues that experience in Japan over two decades indicates that very low interest rate monetary policy did significant structural damage to the Japanese economy.   In addition to creating a very low cost of capital, excessive monetary ease tends to lock-in the existing industrial structure or as he argues

“…from the Austrian perspective of Von Mises, Schumpeter, and Hayek, the Japanese bubble that burst in 1990 fostered economic distortions they dubbed ‘malinvestments’ – credit driven investments in real capital that prove loss making when a credit bubble implodes.”

Of course, that was Japan.  Not the U.S.  That couldn’t happen here, could it?