A series of programs highlighting 500 years of diversity and achievement by Latino Americans will be conducted in Appleton over the coming months beginning Wednesday, Dec. 2 with a film and discussion.

A partnership between Lawrence University, the Appleton Public Library, Casa Hispana and the History Museum at the Castle will provide a series of community events including film screenings, an art exhibition and a Latin-themed concert for the program “Latino Americans: 500 Years of History.”

The program is supported by a pair of grants Lawrence has received: a $3,000 grant from the American Library Association and a $7,585 grant from the Wisconsin Humanities Council with funds from the National Endowment for the Humanities.

“This grant provides a great opportunity, particularly when Latinos are at the center of national politics, to help highlight the role of Latinos in the history of the Fox Cities,” said Jake Frederick, associate professor of history at Lawrence who specializes in Hispanic ethnicity. “It also allows several partner organizations a chance to connect with one another as well as the Latinos who make up so much of our community.”

Opening the series will be a screening of two segments of the award-winning PBS documentary series “Latino Americans” at the Appleton Public Library. 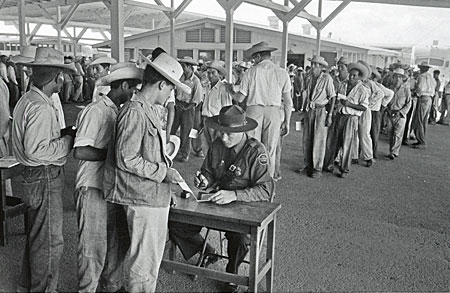 The 2013 six-hour series, chronicles 500 years of Latinos in the United States with a focus on the struggles and triumphs of the film’s characters. It features interviews with nearly 100 Latinos, among them 2012 Presidential Medal of Freedom recipient Dolores Huerta, co-founder with César Chávez of the National Farm Workers Association, author and commentator Linda Chávez, who became the highest-ranking woman in President Reagan’s administration, and award-winning actress and singer Rita Moreno.

“This grant provides a great opportunity, particularly when Latinos are at the center of national politics, to help highlight the role of Latinos in the history of the Fox Cities.”
— Lawrence historian Jake Frederick

“Libraries are all about making connections and we’re delighted to be collaborating with the Appleton Public Library as well as our own academic departments to extend our connections within the community,” said Peter Gilbert, director of Lawrence’s Mudd Library. 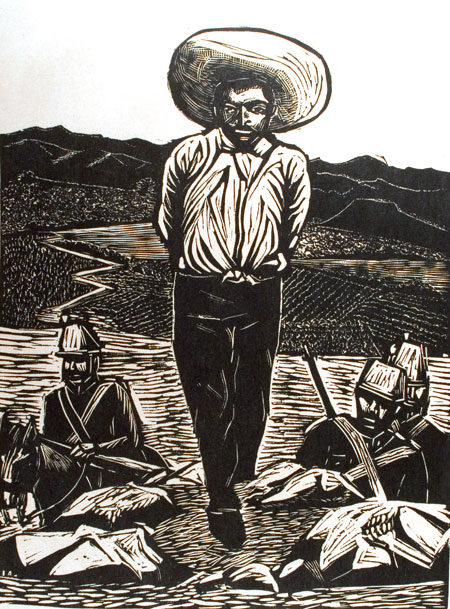 An art exhibition — “Selections from the Estampas de la Revolución Mexicana Portfolio” — showcasing the portfolio of 16 artists from the Taller de Gráfica Popular (“The People’s Graphic Workshop”) of Mexico City from Lawrence’s permanent collection will be held Feb. 11-March 11, 2016 in the Mudd Gallery of Lawrence’s Seeley G. Mudd Library. Founded in 1937 to advance revolutionary social causes, the TGP is an artists’ print collective. Wriston Art Center Director and Curator Beth Zinsli will deliver a gallery talk on the history and iconography of the Estampas portfolio at 4 p.m. the day the exhibition  opens.

On April 11, Lawrence Conservatory of Music faculty members Jose Encarnacion, saxophone, Matthew Michelic, viola, and Anthony Padilla, piano, along with special guests, will present the concert “A Celebration of Hispanic and Latino-American Music” at 7 p.m. at Riverview Gardens in Appleton.

Latino Americans: 500 Years of History, a public programming initiative produced by the National Endowment for the Humanities (NEH) and the American Library Association (ALA), is part of the NEH initiative “The Common Good: The Humanities in the Public Square.”

The Wisconsin Humanities Council supports and creates programs that use history, culture, and discussion to strengthen community life for everyone in Wisconsin.