An old house is about to get a new address.

In the name of historic preservation, a Queen Anne-style home built in 1901 will take a short ride up Union Street July 25 as it moves a block north of the Lawrence University campus. Currently at 122 N. Union St., the home will be relocated to 229 N. Union St. 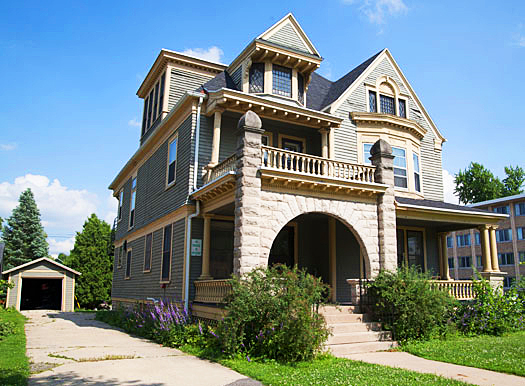 The 2,700 square-foot home was acquired by Lawrence in 1928 and has been used for a variety of purposes through the decades. Once the residence of Ted Cloak, the founder of Lawrence’s theatre arts department, the home’s top floor was the birthplace of local production company Attic Theatre, the creation of Cloak’s wife, Zoe. It has been used for student housing for more than the past 10 years.

“Historic preservation is at the heart of this undertaking,” said Jake Woodford, assistant to the president at Lawrence, who is coordinating the project. “Institutionally, we think in 50-, 100- and 150-year time horizons in terms of projects and land use. Moving this house from an institutional area into the City Park Historic District presents an opportunity to save an architecturally and historically significant structure and to enhance the historic district.”

The move will be executed by DeVooght House and Building Movers, LLC of Brick, N.J., which was originally founded in Valders in 1964, and still maintains an office there. The move is expected to take approximately five hours. Site work will begin several days before the actual move.

Prior to the move, a basement for a foundation will be dug at 229 N. Union and a house at 221 N. Union that has been vacant for the past year will be taken down to make room for the relocation.

“The house at 221 N. Union is in poor condition and isn’t listed as contributing to the historic nature of the City Park Historic District,” said Woodford. “As it turns out, demolishing that house and cutting down an ash tree and a large silver maple tree at 229 N. Union will provide a path for the new house to move over the terrace, leaving two mature Norway maple street trees in front of 229 N. Union Street intact.” 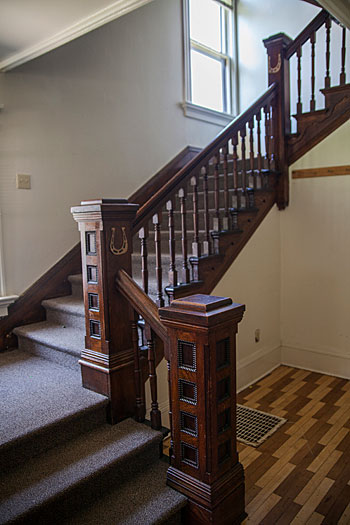 Moving any house, especially one this size, is a combination of art and science. The process will include the installation of 13 steel beams. Using a unified hydraulic jacking system, the house will then be lifted four feet above the foundation. Remote-control power dollies and coaster dollies will be installed on a track built in the basement.

“On the day of the move, we will drive the building straight off on to the road, down to the new site, all by remote control,” explained David DeVooght, president of the company that moved the 418-ton, all-brick Schriber House in Oshkosh back in May 2016. “When we are on the new site we will reverse the order, pulling our wheels out and roll the building sideways on to the partially built foundation to put in place for the final block work to be completed. Once they are ready for us to return, we will come back to remove our steel and set the home down.

“Moving a structure of any size is challenging in itself but with our months of planning we do not expect to run into any major hiccups,” added DeVooght, who lives in an 1890s log house that was elevated for a new foundation and remodeled. “Historic preservation is a large part of our company and we take great satisfaction in knowing we are helping a project be restored and reused for generations to come. We take great pride in helping many structures be preserved as opposed to demolished.”

“Historic preservation is at the heart of this undertaking. Moving this house from an institutional area into the City Park Historic District presents an opportunity to save an architecturally and historically significant structure and to enhance the historic district.”
– Jake Woodford, assistant to the president

The majority of DeVooght’s work is elevating homes that are in flood zones. The company typically lifts between 300 and 400 homes a year, with about 20 of them moved with dollies. 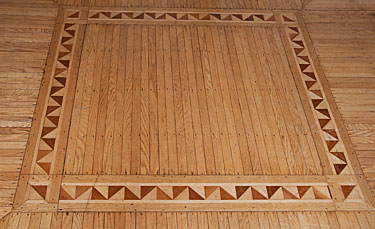 Early in the process, the first person contacted for the project was Appleton City Forester Mike Michlig to consult on the move and any concerns over the impact to trees along the route. According to Michlig, many of the trees on the west side of the 200 block of North Union Street are in decline and should be removed in any case. While other route options were considered, each would have impacted similar numbers of trees, which in every case, are in better condition and more desirable species.

The Appleton Common Council unanimously approved a move permit at its June 21 meeting, clearing the way for Michlig to remove the trees on the west side of north Union Street prior to the move.

“As a community member and as a neighbor, Lawrence University is invested in maintaining and enhancing the quality of our neighborhoods,” said Woodford, who organized meetings for City Park Historic District neighbors back in May to discuss the project. “We’ve gotten substantial feedback from people who are passionate about their neighborhood, as we are, and it was great to engage with them. We want this project to go well and to turn out nicely for the neighborhood.” 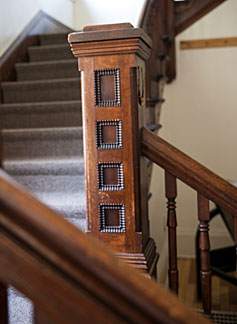 Once the move is complete, Lawrence will begin a top-to-bottom renovation of the historic house that is expected to take a year to complete.

“The city of Appleton is treating this as a new construction so we’ll be required to meet all current applicable building codes,” said Woodford. “Our plan is to begin with the building envelope and mechanical systems, and then to renovate the interior over the next year.”

Upon completion of the renovation, the house will serve as the residence for Catherine Kodat, Lawrence’s new provost and dean of the faculty.