Scholar and author James Longhurst returns to Lawrence University for a talk about his favorite topic: bicycles.

The author of “Bike Battles: A History of Sharing the American Road,” Longhurst will discuss recent research on the history of the Victory Bike program in World War II and its implications for current transportation battles. He refers to the resistance of reintroducing bicycles to American cities as “bikelash.”

He is also the author of the 2010 book “Citizen Environmentalist.” 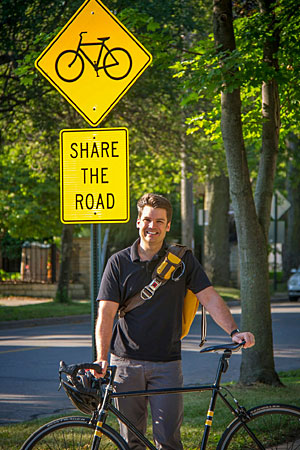 Longhurst, who previously spoke at Lawrence in January, 2016, is an associate professor of history at UW-La Crosse, specializing in urban and environmental policy. His inspiration to study bicycle history began in 2008 when he started commuting by bicycle to work every day.