“Those Who Have Been Left Out” focus of annual Fox Cities Dr. Martin Luther King Jr. community celebration

Senegal native Aly Wane, an undocumented organizer living in Syracuse, N.Y., shares his message for the need to fight inequality in all its forms as the keynote speaker at the 27th annual Fox Cities Dr. Martin Luther King Jr. community celebration.

Focusing on the need for a better understanding of the concept of citizenship and global citizenship, Wane will deliver the address “Those Who Have Been Left Out.” The celebration commemorating Dr. King’s life and legacy will be held Monday, Jan. 15 at 6:30 p.m. in the Lawrence Memorial Chapel. The event is free and open to the public and will include a sign language interpreter.

Two community members will be honored during the celebration with a reception immediately following the program in Shattuck Hall 163.

Wane, whose work is at the intersection of race and migration, is active with a variety of organizations, working with the Syracuse Peace Council, the country’s oldest grassroots antiwar group, the Black Alliance for Just Immigration, the Undocumented and Black Network and the Black Immigration Network.

In a 2017 interview with The Progressive, Wane spoke of the need to make the immigration conversation a racial justice conversation.

“When folks still think about undocumented folks, they still think about Latinos,” Wane told the magazine. “I don’t want to say ‘privilege’ that I have had, but I have had U.S. citizen Latino friends stopped by Border Patrol and ICE and I have been able to get away with it because I don’t look Latino. Of course, I am black and therefore I am always getting stopped by cops anyway. But, I think that it would be a lie to have an analysis of the immigration system that doesn’t speak very directly about the influence of race in this country.”

Pa Lee Moua, associate dean of students for diversity at Lawrence, said the theme of this year’s community celebration, “Those Who Have Been Left Out,” struck a personal chord with her.

“As a refugee child, adapting to another world was extremely hard — hard on my family, myself and my outlook on the future,” said Moua, a member of the MLK celebration planning committee. “As much as I wanted to adapt, I did not want to change who I was in order to be accepted by others. No one should judge another person, assumptions create exclusions. When you choose to exclude others, you create additional unnecessary barriers and burdens for them to carry, sometimes for a lifetime. Therefore, before you act, think about your actions. The smallest act of kindness goes a long way.  As Dr. King once said, ‘I have decided to stick with love. Hate is too great a burden to bear.’”

Wane, 41, who considers himself a global citizen, is the son of a Muslim father from Senegal and a Catholic mother from Mali, who met each other while studying in France. They separated when Wane was young and his father passed away at the age of 38. He came to the United States when he was almost nine with his mother after she landed a position with the United Nations Development Program.

He’s lived in Rwanda and Gabon with his mother who was on assignments there before he returned to the U.S. when he was 13. He earned a bachelor’s degree in political science in 2001 from Le Moyne College in Syracuse.

His older sister and only living relative, who was able to obtain H-1B status through her work, established permanent residency and eventual citizenship, is sponsoring Wane for legalization, a process that could take 10 years.

Yee Lee Vue, the adult services engagement librarian at the Appleton Public Library, will be recognized as the 24th recipient of the Jane LaChapelle McCarty Community Leader Award.

The celebration also will feature student winners of the annual MLK essay contest reading their entries. This year’s winning student essayists are:

The celebration will include a music performances by Anthony Gonzalez, B-Lilly and the Soul Brothers and university organist Kathrine Handford. 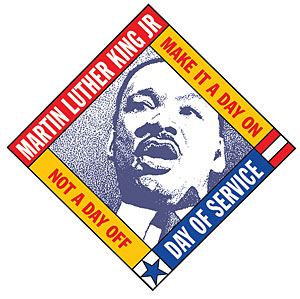 Prior to the evening celebration, members of the Lawrence community will make the MLK holiday a day of service by participating in a variety of volunteer activities throughout the Fox Cities, including sorting and tagging items at Appleton’s Bethesda Thrift Store, providing arts programming with students at the Boys and Girls Club of the Fox Valley, packaging, labeling, sorting at the Feeding America food bank and weeding, planting and prepping beds in hoop houses at Riverview Gardens.

In addition to the off-campus efforts, student spend part of the day involved with on-campus service projects including baking treats for local shelters,
making blankets for community members without housing, writing letters of encouragement to patients going through chemotherapy, creating dog toys and treats for animals at local shelters and making laundry detergent for a local shelter.