The Intellectual and the Marketplace — Schumpeter & Stigler 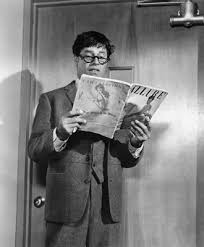 That vested interest, of course, is the intellectual.  It is not my purpose here to endorse or to attack Schumpeter’s views (is he analyzing or just venting?), but rather to point to George Stigler’s concise “The Intellectual and the Market Place” as another giant of the profession trying to come to terms with why intellectuals seem — at least to these authors — to be be hostile to market economies.

There seems to be a remarkable continuity between Schumpeter and Stigler’s views of intellectuals. As if following up on Schumpeter’s point, Stigler says:

Indeed, the two seem to agree that capitalism and intellectuals go hand in hand.  So how do intellectuals view the marketplace? Here is a taste of Stigler:

It is an interesting illustration of the great influence of the intellectual that the market place itself has become apologetic of its pursuit of profit. The captains of industry now, in a world in which public relations are becoming as important as efficiency, list among their major achievements the great number of bowling alleys or college fellowships they have given to their employees. To boast that large profits demonstrate great efficiency in producing existing products and introducing new ones is considered even by them to be too archaic a form of thought for public consumption. The patron saint of economics, Adam Smith, once wrote:

I have never known much good done by those who affected to trade for the public good. It is an affectation, indeed, not very common among merchants, and very few words need be employed in dissuading them from it.

I wonder what those very few words were

Check it out for yourself if you have a minute.  One of our own Faculty Roundtable members had this rather pithy offering:

Stigler compares the possibility of intellectual coercion in the marketplace of ideas (through reigning fashions, etc) to monopolistic practices in the capitalist marketplace. In both cases, he points out that the actual instances of coercion/monopoly are rare and of little importance in the long run. Of course, Schumpeter goes further and argues that various “monopolistic practices” are actually responsible for greater long-term efficiency and production, even though they look in the short-run to be wasting resources, etc… (Chapter VIII of CSD).  It occurred to me that Stigler’s analogy with intellectual coercion is related to Schumpeter’s “Science and Ideology” speech: while a reigning ideology may seem to be obstructing paths of inquiry or distorting scientific “truth,” in fact the competition of these visions is the essential mechanism of scientific progress … creative destruction in the intellectual sphere.

A really interesting point, and one of the reasons it’s fun to read with these folks.

I happened upon this totally by coincidence at Steven Landsburg’s blog.

He approves of Stigler’s message.

2 thoughts on “The Intellectual and the Marketplace — Schumpeter & Stigler”