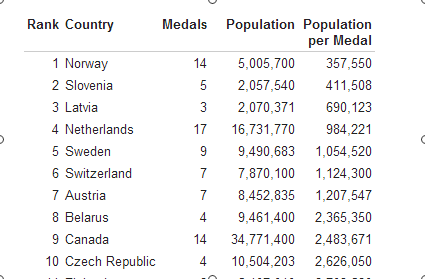 That creative new strategy to spur FDI almost had me convinced, but I felt I needed perhaps a little more evidence. Maybe… a video? Why, I am glad I asked—there is one.

But still—that’s only one reason. Is there another? But of course, why didn’t I think of that: my father-in-law could ask me, not to mention my psychotherapist (with a father-in-law like that, I might need one).

Still, I wasn’t quite sold… until I saw this barrage of reasons. Obviously, a great many have already invested heavily in Eastern Poland; I suppose I might have already missed my chance.

I suppose I’ll just have to invest in Hungary, where all the important things were invented, and therefore many more important things are clearly going to be invented. (This video follows the great Hungarian tradition of claiming inventions as Hungarian even if they were made abroad, for foreign companies, by Hungarian-born immigrants…)

The Hungarian version of Soviet-style economy was often referred to as “goulash communism“—it was a more permissive, generally more prosperous variant than what existed in several other Warsaw Pact countries. If the unique capitalism that Hungary is creating is to be “goulash capitalism,” it’s going to be a low-fat version. This will give yet another reason for some older folks wistfully to declare that “at least in the good old days, goulash used to be goulash.”

(This seems like a good time to point out that goulash is a soup, and a very good one. It has beef, potatoes, paprika, sometimes beans, and other things. It is not some kind of a stew, or, worse yet, ground meat with some sauce.)

Hungary rarely gets on the front page of the New York Times, but the new Hungarian tax on fatty, sugary foods was such a bold step towards a healthier Hungary that even American journalists took notice. While the justification for the tax is the national need for a leaner populace, the real reason is probably the government’s need for a fatter treasury. Those of you taking Comparative Economic Systems are probably crying “soft paternalism!” right now. Or “hard paternalism.” As to the financial consequences: if the tax really cuts down on the consumption of unhealthy foodstuffs, not only will there be little revenue generated form the tax, but the very low Hungarian life expectancy will rise, costing the state more in health care expenditures.  END_OF_DOCUMENT_TOKEN_TO_BE_REPLACED