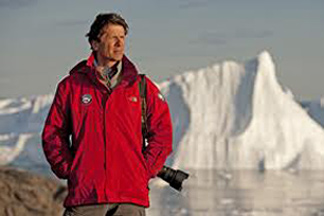 The  most wide-ranging, ground-based, photographic study of glaciers ever conducted, the EIS employed 27 time-lapse cameras at remote sites in Greenland, Iceland, Nepal, Alaska, and the Rocky Mountains, recording nearly one million photographs that reveal the extraordinary ongoing retreat of glaciers and ice sheets, and providing visual evidence vital to scientists studying glacier dynamics.

National Geographic showcased this work in the June 2007 and June 2010 issues and the EIS project was the focus of the 2009 NOVA documentary “Extreme Ice.”  It also was the subject of the feature-length documentary, “Chasing Ice,” which premiered at the Sundance Film Festival in January of this year.