Four performances of Lawrence University’s production of “The Sweetest Swing in Baseball” by Rebecca Gilman will be staged Oct. 31-Nov. 2 in Stansbury Theatre of the Music-Drama Center. 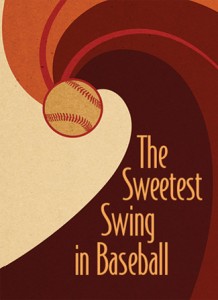 The play follows Dana, a struggling artist recovering in the hospital from a mental breakdown. When insurance won’t cover hospital bills for more than ten days for a mere depression diagnosis, she devises a plan to extend her stay by pretending to be Major League Baseball player Darryl Strawberry. The other patients in Dana’s ward—an attempted murderer and a good-natured recovering alcoholic—assist her in fooling the hospital staff.

Adopting Strawberry’s persona, Dana discovers similarities between the tragic slugger’s life and her own, fueling confidence in her unique artistic voice. In the play, Gilman, whom Chicago Tribune theatre critic Chris Jones deemed “one of America’s most talked-about and sought-after playwrights,” uses a comedic lens to address serious issues ranging from health care and mental illness to the intersection of art and commerce.

The play was chosen for production in part because of the way it fit into the theatre arts department’s interdisciplinary vision according to Professor Timothy X. Troy.

“We’ve been teaching Gilman’s plays in our department’s curriculum for many years, so we were eager to find a play we could do well in support of that curricular objective,” said Troy, who directs the production.

Madeline Bunke, a senior from Brookfield, portrays Dana, a role that also serves as her Senior Experience  for her theatre arts major.

“Madeline first read the play in class a couple years ago, so she grew with the character long before she even knew she had the chance to portray Dana,” said Troy. “The role is difficult and challenging. We’re lucky that Madeline brings her steely focus, her keen insight and her wide-ranging talents to the role.”