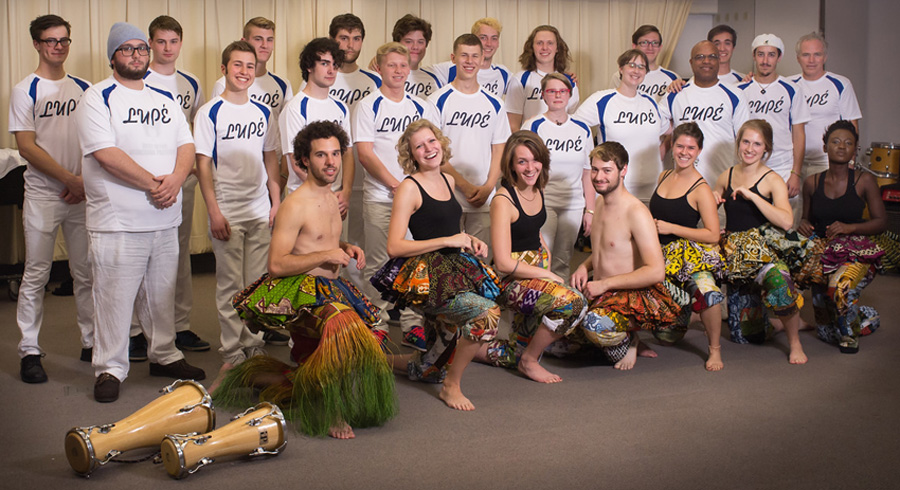 Twenty-three members of LUPÉ will share the spotlight when they take the stage Thursday, Nov. 20 in Indianapolis, Ind., as one of the three-day conference’s featured performers.This will be LUPÉ’s second appearance on the international stage under the direction of Professor of Music Dane Richeson. LUPÉ previously performed at the international conference in Phoenix, Ariz., after winning the 1995 PAS collegiate percussion ensemble competition.

“I am so proud of my students and am honored that LUPÉ has won an ensemble competition by the Percussive Arts Society for the second time,” said Richeson, who has directed Lawrence’s percussion studio since 1984. “This convention is the largest gathering of percussion artists, teachers, students, manufacturers and publishers in the world, so being invited to perform a showcase concert there is indeed an accomplishment in which we can take great pride.”

LUPÉ — featuring the Sambistas, a Brazilian drumming corps, Kinkaviwo, a Ghanaian drum and dance group and Tambotoke´, an Afro-Cuban group — was selected the winner of the PAS-sponsored World Percussion Competition from among submitted video tapes. The competition is open to high school and college/university ensembles performing non-Western percussion-based music. Lawrence’s submission was from its March 2014 concert in the Lawrence Memorial Chapel. 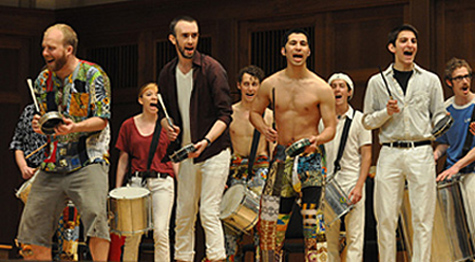 Richeson called the competition victory “a testament to the dedication and hard work our students put into learning these music traditions from Brazil, Ghana and Cuba.

“Many of the student directors of our ensembles have received grants to travel to these countries and study with master musicians similar to the ones I have had opportunities to study with during my sabbaticals there,” he added. “It fills me with pride to see our students embrace this music as if it was from their own culture.”