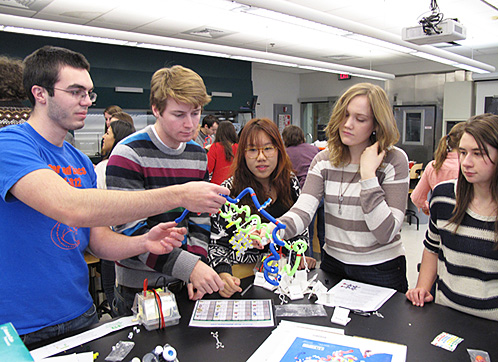 On the heels of successfully completing a $25 million challenge match, Lawrence University has been presented another opportunity to boost its student scholarship support.

An additional $5 million commitment by the same anonymous donor who issued the $25 million challenge a year ago, has been pledged on the condition Lawrence makes every effort to raise $10 million in matching funds by December 31, 2016.

Both the gift and the matching funds would be applied to an endowment for student scholarships that currently stands at $51.9 million.

Charlot Singleton, who serves as chair of the Board of Trustees’ development committee says this newest commitment is “significant.”

“Such generosity will allow us to recommit ourselves to the founding principle of educational access for all capable students,” said Singleton, a 1967 Lawrence graduate. “We can be proud of becoming the kind of institution that places that highest priority on ensuring a Lawrence education that remains affordable to all students.”

Two weeks ago, Lawrence announced it had raised nearly $27 million in just 15 months toward the original matching gift during its “Full Speed to Full Need” initiative. The latest challenge, when successfully completed, will add another $15 million toward the ultimate goal of creating a scholarship endowment of $75 million, a total that will make Lawrence a full-need institution.

“The impact of the gifts to the Full Speed to Full Need campaign is already making a huge difference in the lives of many Lawrence students,” said Hugh Denison, a 1968 Lawrence graduate who serves as chair of the FSFN initiative. “Our ultimate goal is to see that every student has the comfort of knowing that funds will be available for them to finish their education here. While we have had spectacular success in our efforts toward that goal, there is still much work to be done. I would urge every graduate of the college to consider a gift to this vital mission.

“Our success in completing this campaign will insure that Lawrence remains among the national leaders of liberal arts colleges,” Denison added.

As a full-need institution, Lawrence will be able to provide financial assistance to make up any difference between what a family can contribute and what federal and state programs provide toward the comprehensive fee.

“When we are successful with this phase of the campaign,” said Ken Anselment, dean of admissions and financial aid, “we will be able to support all Lawrentians at a level that allows them to take full advantage of the Lawrence experience.

“This campaign will put Lawrence on the short list of colleges in the country that meet the full need of all their students,” Anselment added.