The Lawrence Symphony Orchestra joins forces with the Lawrence University Choirs in a performance of Franz Haydn’s masterpiece “The Creation” Friday, April 29 at 8 p.m. in the Lawrence Memorial Chapel. The concert is free and open to the public. 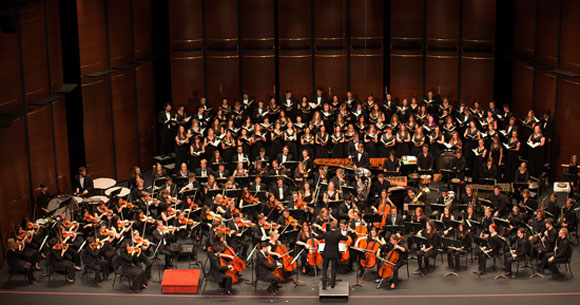 Written in the late 1790s, the work commemorates the creation of the world as described in the Book of Genesis and John Milton’s “Paradise Lost.” The three soloists in the work represent the archangels Gabriel, Raphael and Uriel.