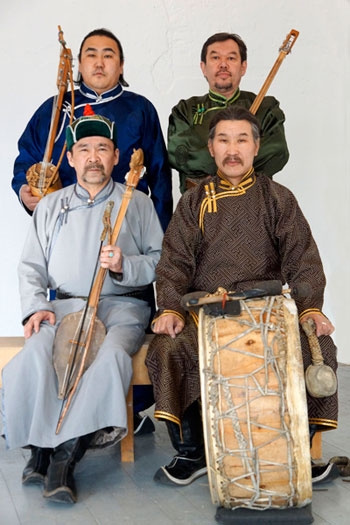 The traditional music and instruments from the Russian province of Tuva come to Lawrence University’s Stansbury Theatre Monday, Sept. 26 at 8 p.m as the acoustic quartet Huun Huur Tu opens the college’s 2016-17 World Music Series. Tickets, at $10 for adults, $5 for seniors/students, are available through the Lawrence University Box Office, 920-832-6947. Free to Lawrence faculty/students/staff.

The performance features musicians deeply rooted in the art of Tuvan music. Huun Huur Tu specializes in throat singing, a unique singing style that is popularly practiced throughout East and Central Asia, as well as in northern Canada and South Africa.