In the past year, Archives students and staff have invested a lot of time and energy into digitizing several new sets of material. We are excited to announce that the following digitized materials are now available online: 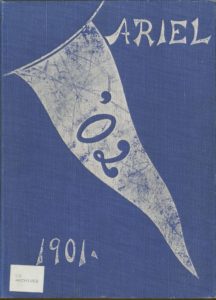 These collections are largely the result of a great deal of (often very tedious) work by Archives student assistants Carolyn Ford ’19, Emma Lipkin ’19, and Robert Desotelle ’18. Many thanks to each of them for their efforts!