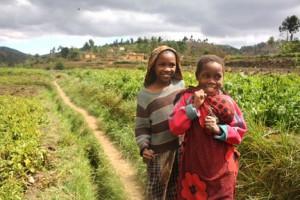 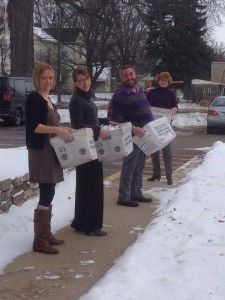 While most of the world is counting down to the end of 2013, the Lawrence University admissions team is hitting the fast forward button to 2018. Admit packets are in the mail to 600 seniors who applied for Early Action admission—inviting them to join the Lawrence Class of 2018. Members of the admissions staff (pictured) merrily carried admit packets to the Lawrence mailroom earlier this week.

“While holiday cards and letters fill mailboxes this holiday season, we suspect there’s a little more joy when that envelope comes from Lawrence,” said Dean of Admissions and Financial Aid Ken Anselment. “We hope that for these students and their families, receiving an admit packet from Lawrence makes for a nice holiday gift.”

For those students still considering Lawrence, there’s still time! The deadline for Regular Decision is January 15.