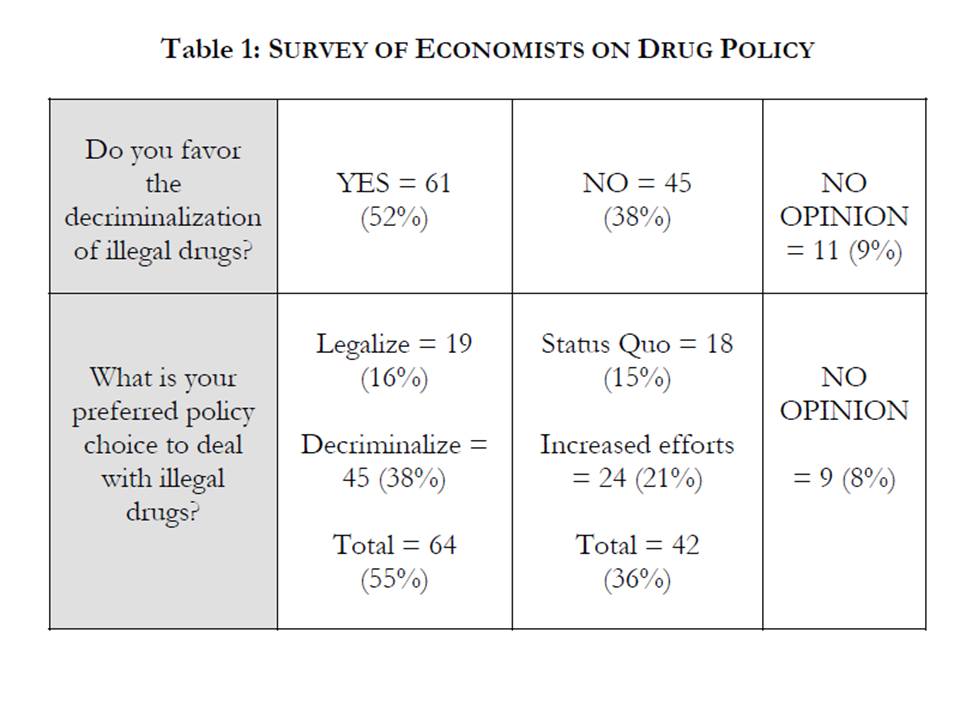 One thought on “Do Economists Favor Drug Legalization?”