Tuesday night, for about the fourth time in my tenure, the Economics Department will show The Informant as a complement to our oligopoly case study in Economics 400.  It should start at 9 p.m. in the Warch Campus Center Cinema.   A good chunk of this text is a repost from last year: 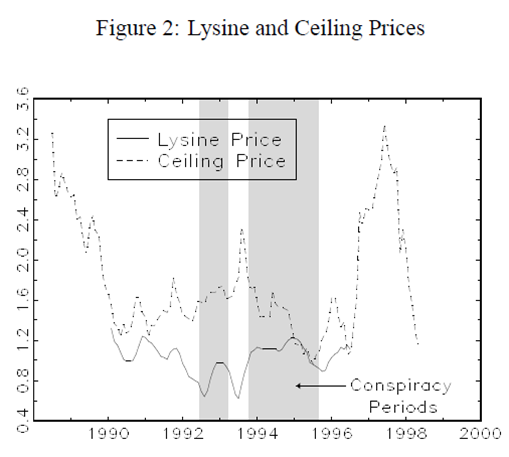 Meanwhile, the economics of the case spawned a rather, well, let’s call it a rather spirited debate in the academic literature over the length of the conspiracy and the damages done.  These are well documented in the sources below, particularly John Connor and Lawrence White, who trade body blows over the appropriate theoretical model, the appropriate choice of the conspiracy period, and the proverbial “but for” price (that is, the price that would have prevailed “but for” the conspiracy).  Connor is sort of the go-to guy on these issues and he was profiled in the Chronicle of Higher Education about three weeks ago.