Speaking of thinking strategically, I was explaining to my kids why I prefer to drive on “walk to school” day — if everyone else walks to school, think of the great parking spot we’ll get!  It’s hard to imagine a situation where I can arbitrage relative price changes more beautifully, as the price changes are announced in advance.

Of course, the schools seem to have thought of this, too, and have come up with strategies to combat these gross relative price changes.  One strategy is to provide a “celebrity” escort, such as Mayor Tim Hanna seen here strolling through City Park with my wife and son. 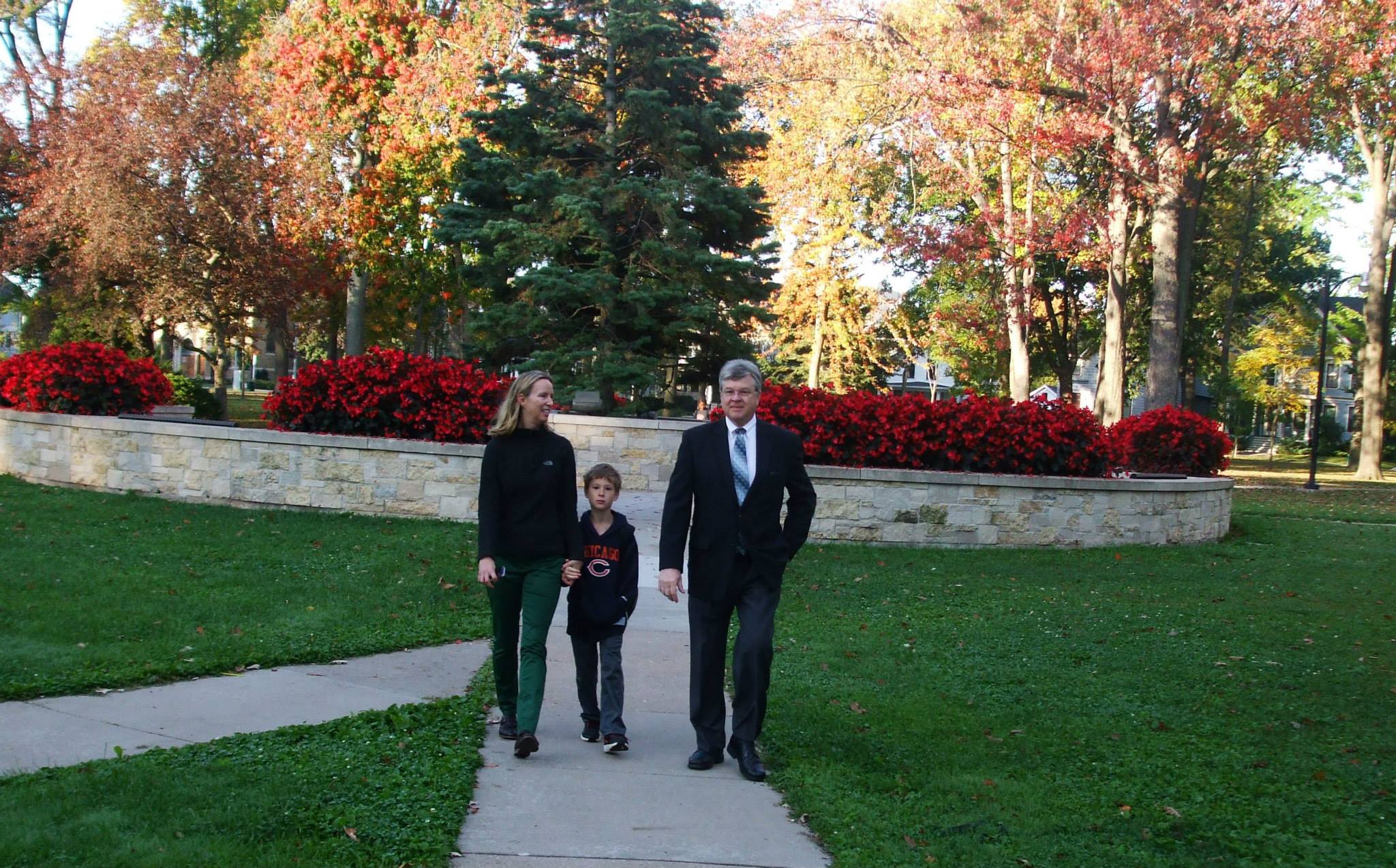 What a swell guy.  I’ve also got a nice shot of my boy with the school principal and Mayor Hanna that I’m sure will be of interest to posterity.

There are only so many celebrities to go around, of course, so another favorite strategy is the outright bribe with food, especially when handed out by these fine Lawrence Hockey captains.  The captains here include the department’s own “Mr. Z”, and are pictured with Mayor Hanna. 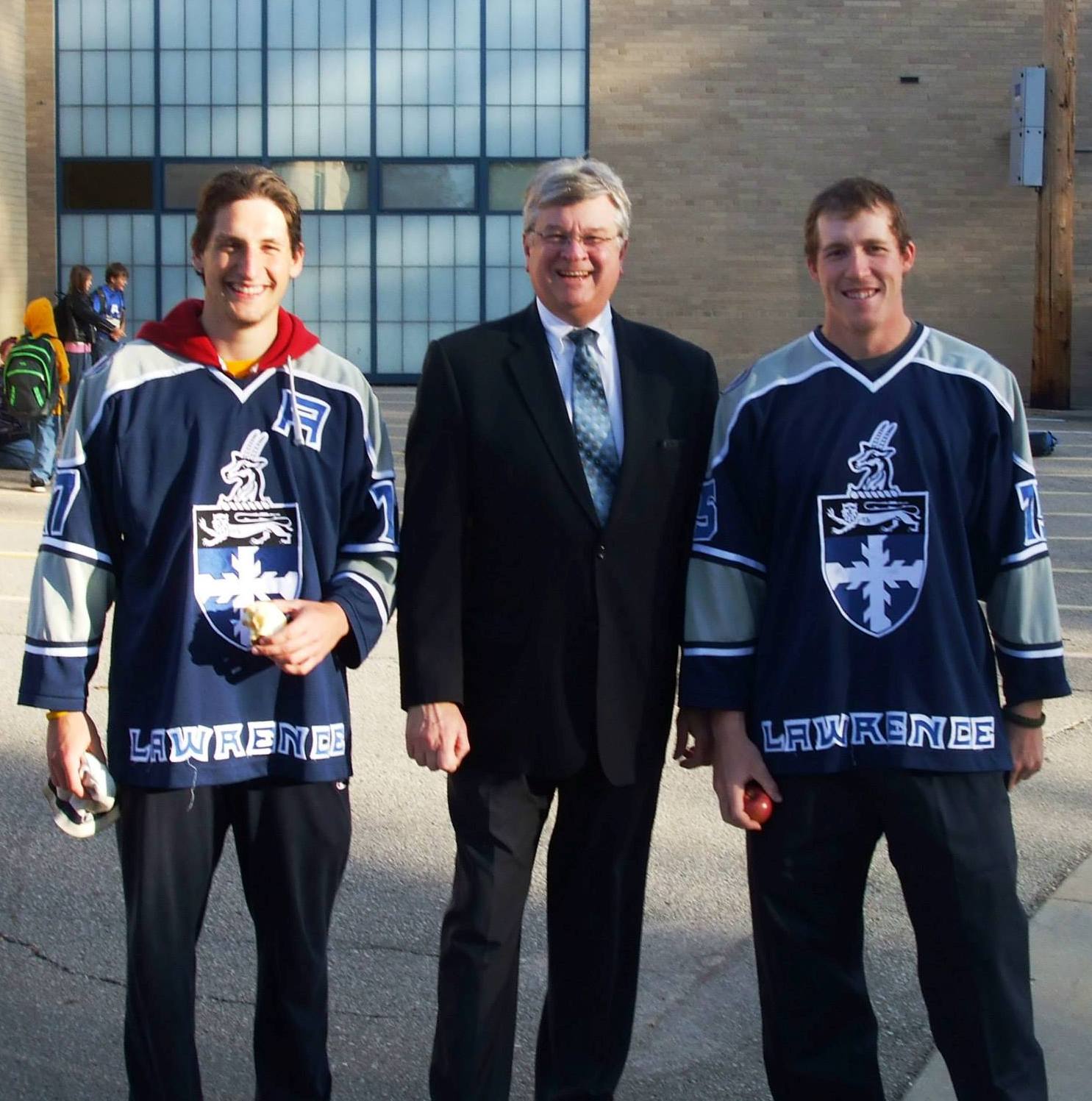 Clearly, there are some problems with the latter strategy, as the captains didn’t seem to be discriminating between those who walked and those who were dropped off.  Secondly, it appears that some of the Captains are actually munching on the would-be handouts.

Nonetheless, it was a good show to see these gentlemen out handing out apples at 8 in the morning.