What Should Central Bankers Do?

No, this is not a question on the final exam  for Money and Monetary Policy; however, it has been.  It’s also a question that pervades contemporary political economy in the US and Europe. 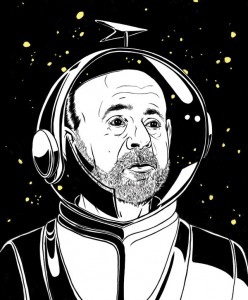 Federal Reserve Chair, Ben Benanke continues to be criticized from both those who advocate aggressive monetary policy and those who argue that the Fed has been too aggressive.  For example, today’s Wall Street Journal features “Fed bashing” from the House Financial Services Committee.

The Fed’s easy-money policy and actions taken to boost economic growth have prevented lawmakers from taking responsibility for shoring up the economic recovery and reducing the deep federal budget deficit, some Republicans said Tuesday at a hearing of a panel of the House Financial Services Committee.

“As the Fed does more, Congress is doing less and in the long term that slows our recovery,” said Rep. Kevin Brady (R., Texas).

How are we to interpret this?  Mr. Bernanke, since you did your job appropriately, we won’t (can’t?) do ours??  Of course, many pundits, especially those who fear a tripling of the Fed’s balance sheet since 2008, believe that the world would be better without the Fed.  Anyone ever heard of Ron Paul?

At the other extreme, Paul Krugman, not to be outdone in the world of political rhetoric Earth to Bernanke, has accused Fed Chair Bernanke of not following the advice that Professor Bernanke gave the Japanese in a 2000 paper.  He and others such as Scott Sumner of the Modern Monetarist Movement argue that the Fed should target nominal GDP and make monetary policy as expansionary as needed to reach that target.’

Where’s the center or at least some non-extreme view?  I suggest one look to Raghuram Rajan who yesterday posted “Central Bankers Under Siege” and for the current issue of Foreign Affairs wrote “True Lessons of the Recession.”  In these articles, Rajan argues that various versions of demand stimulus through credit creation will not address fundamental structural problems in the US economy.  He concludes the latter article as follows:

The industrial countries have a choice. They can act as if all is well except that their consumers are in a funk and so what John Maynard Keynes called “animal spirits” must be revived through stimulus measures. Or they can treat the crisis as a wake-up call and move to fix all that has been papered over in the last few decades and thus put themselves in a better position to take advantage of coming opportunities. For better or worse, the narrative that persuades these countries’ governments and publics will determine their futures — and that of the global economy.

So, what should Central Bankers do?  In my view, they should recognize that monetary policy has its limits and that using monetary policy as a means to generate sustained employment won’t work.  Longer term structural adjustments are required.  Such adjustments will be the subject of another blog posting.