In the Long Run, We’re All Dead or Consume Now, It’s Patriotic

British economist John Maynard Keynes is well known for the first half of this statement.  Both President Bush and President Obama have made comments consistent with the second half of the statement.  Presumably, such opinions are related to idea that more immediate economic growth is good, at least when the growth rate is well below its recent history. 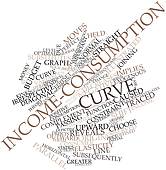 As Casey Mulligan points out in two recent Economix Blog entries (here and here), such views confuse correlation with causality.  In short, expanded consumption need not lead to increased growth.  Just ask the PIIGS (Portugal, Ireland, Italy, Greece and Spain.)  Sustainable economic growth requires the generation of income and wealth  upon which sustainable consumption must be based.  Such growth requires some degree of postponed consumer gratification which can generate savings that can be use to improve (or increase) physical capital, human capital, or ideas.  In terms of sustainable economic growth, Mulligan rejects Obama Advisor Jared Bernstein’s view (previously stated by others including President Richard Nixon) that “we are all Keynesians now.”