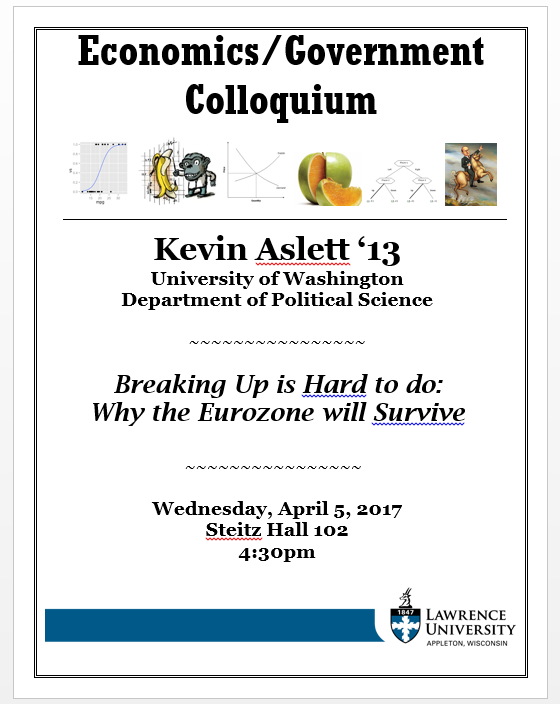 Dr. Erik Hallmann, CEO of Deprag Schulz Gmbh in Germany, will talk about the unique economic model built on medium-sized firms that is behind German economic success. 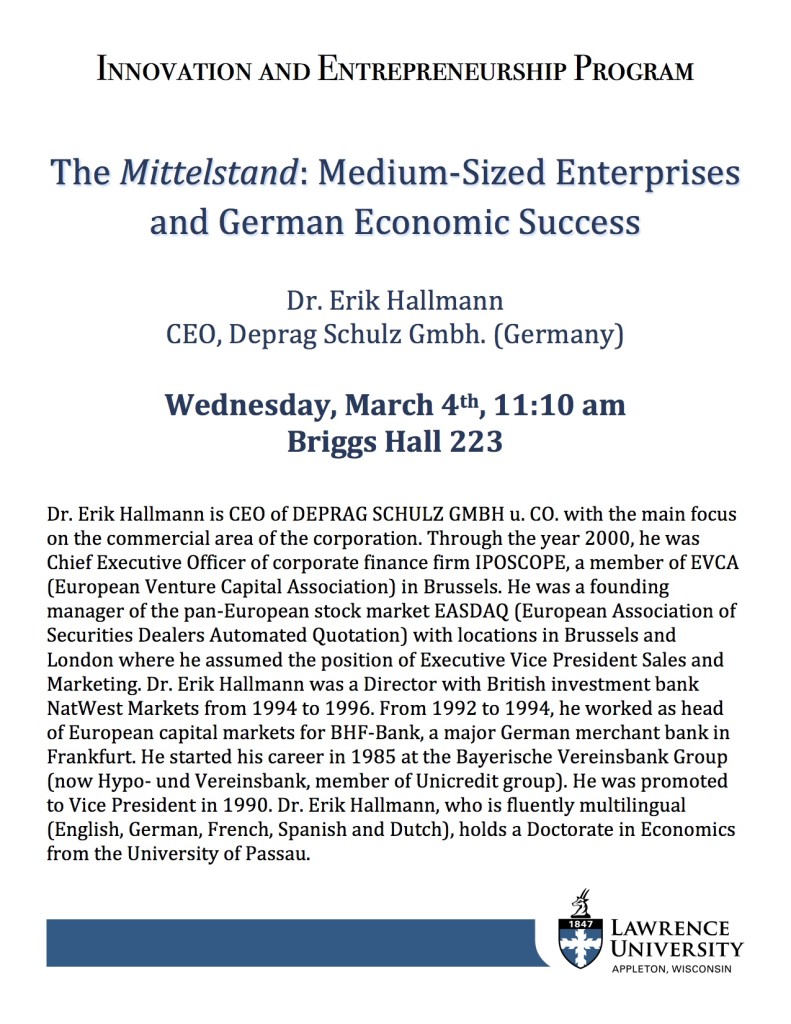 Dispatch from Down Under

I am just returning from the 12th Conference of the Society for the Advancement of Economic Theory at the University of Queensland, which was very successful in that a great many economic theorists from all over the world got together and presented their work. I presented my recent work on falsifiability, complexity, and revealed preference in a session devoted to revealed preference theory.

One of the sessions was a panel discussion on the question “What Can Theory Tell Us About the Financial Crisis?” (My comments below may reflect my (mis)interpretations.) The moderator, Rohan Pitchford (Australian National University) foreshadowed some of the comments to come by stating at the outset that the panelists should feel free to turn that question around, asking what the financial crisis can tell us about economic theory. Some of the comments made were expected—for example, that theory has, of course had everything about the crisis figured out, just take a look at (Name, Year), and (Name, Year), and (Name, Year)… you get the picture. Even granting that (Name, Year) were all brilliant, this is hardly answering the question in a satisfactory way. Another point, often said, but not without reason, is that one should not expect economic theorists to be able to predict when a crisis would take place, and predicting that there would be one (some time) is hardly news. In fact, if the crisis could be predicted correctly, it is often repeated, it wouldn’t take place! And if it did, (some) economic theorists would be very rich.

But some of the panelists made some interesting points.  END_OF_DOCUMENT_TOKEN_TO_BE_REPLACED

Paul Krugman – The Economist Pushes Through

For most of his editorial postings, Paul Krugman’s opinions are political in character and offer limited if any economic analysis.  In today’s posting in The Conscience of a Liberal , Krugman demonstrates why his insights are worthy of a Nobel laureate in economics.  In particular, he discusses what the literature on optimal currency unions has to contribute to discussion of the Eurozone.  He draws insights from economists of various stripes regarding the necessary criteria for a successful currency union and how the Euro falls well short of what’s needed.

He notes that most economists forecast that the Eurozone would have problems holding together given the above criteria.

So optimum currency area theory was right to assert that creating a single currency would bring significant costs, which in turn meant that Europe’s lack of mitigating factors in the form of high labor mobility and/or fiscal integration became a very significant issue. In this sense, the story of the euro is one of a crisis foretold.

Krugman does provide some options for Europeans to consider but isn’t optimistic that this political project will succeed.  In short political will or perhaps wishing thinking is not enough.  The economic fundamentals can’t be ignored.

The creation of the euro involved, in effect, a decision to ignore everything economists had said about optimum currency areas. Unfortunately, it turned out that optimum currency area theory was essentially right, erring only in understating the problems with a shared currency. And now that theory is taking its revenge.