Get off of my lawn

For those of you finishing up a final paper or a thesis this term, be sure to check out the full requirements, including the snake wrestling.  This part often confuses students, but we don’t believe there is “one” way to measure academic performance:

This Side of The Atlantic

Though the publishing industry is on the rocks, I’ve been getting The Atlantic Monthly for more than 20 years.  It’s a great general interest publication that has contained some of my all-time favorites, like “Why McDonalds French Fries Taste So Good,” “The Truth About Dogs,” and the extraordinary “Laws Concerning Food and Drink.” I often will send these to my former students in the Peace Corps, who are always happy to get something interesting. Actually, they are happy to get anything, period.

I was reminded of these when my renewal notice came along with my latest edition and I was wondering whether I should continue to support these guys.  The answer was a resounding yes.

Here are few sample sentences from this month’s issue to wet your beak:

Simpson is not yet selling his rum by the bottle—he serves it at his bar and trades it for other exotic liquors—but I had a chance to try it recently when a sample arrived in the mail. It came in Simpson’s standard packaging: a used whiskey bottle tightly wrapped in a brown paper bag, the cap sealed with duct tape.  “Gunpowder on the Rocks“

Then there is this strange and horrifying image:

Many of the visitors to the tin-roofed shrine labeled Pol Pot Cwmation site in Anlong Veng are local men who light incense in the hope that the spirit of the murderous Communist leader will provide them with money for prostitutes. “Dark Tourism“

And, finally, this bit of comedy of absurdity, also strange and horrifying in a different dimension:

“If you’re a terrorist, you’re going to hide your weapons in your anus or your vagina.” He blushed when I said “vagina.”

“Yes, but starting tomorrow, we’re going to start searching your crotchal area” — this is the word he used, “crotchal” — and you’re not going to like it.” “For the First Time, TSA Meets Resistance“

And all that is before I’ve gotten to the feature articles I want to read, which generally run about 2000 words longer than a reasonable person would find reasonable.

The economics writing is a different matter, a lot of what Paul Krugman used to call “pop internationalism.”  I remember reading a cover story when I was in grad school called “Head to Head,” where Lester Thurow was arguing that the Japanese and Europeans were going to bury the US in the 1990s (I don’t see that one in the archives now?).  It’s not clear why they keep giving that guy space. But, I don’t read it for the economics.

So there you have it, my pitch for you to subscribe to The Atlantic.

Well, that’s only approximately what happened in Tennessee this past week.

A local neighborhood is furious after firefighters watched as an Obion County, Tennessee, home burned to the ground.

The homeowner, Gene Cranick, said he offered to pay whatever it would take for firefighters to put out the flames, but was told it was too late.  They wouldn’t do anything to stop his house from burning.

Each year, Obion County residents must pay $75 if they want fire protection from the city of South Fulton.  But the Cranicks did not pay.

I have yet to talk to anyone who didn’t find this an engaging question. Where does an ordinary guy draw the line?

For those of you without anyone to talk to, these links provide about three hundred sixty five degrees of background and commentary. 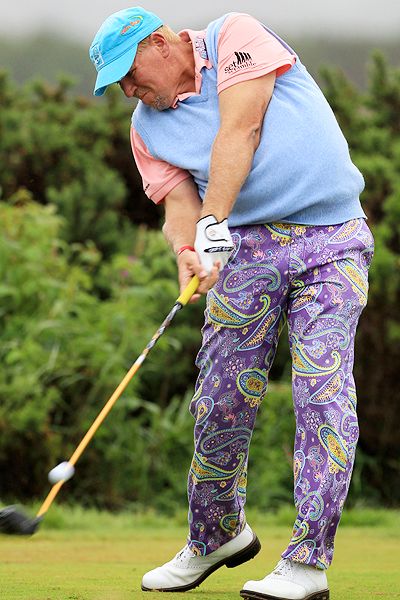 I came across a research note on how bloggers reveal their personality types through their word choices.

More neurotic bloggers used more words associated with negative emotions; extravert bloggers used more words pertaining to positive emotions; high scorers on agreeableness avoided swear words and used more words related to communality; and conscientious bloggers mentioned more words with achievement connotations. These were all as expected. More of a surprise was the lack of a link between the Big Five personality factor of ‘openness to experience’ and word categories related to intellectual or sensory experience. Instead openness was associated with more use of prepositions, more formal language and longer words.

I wasn’t really sure of what to make of that (did they misspell extrovert?), but fortunately, the comments section directed me to the www.typealyzer.com site — a site that allows me to take a look for myself.  A few clicks later and it turns out that we fall into the category, The Thinkers.

That sounds about right.  And it continues…

Wow, they sure have us pegged.

Since [LU Econ Bloggers] are not very good at seeing and understanding the needs of other people, they might come across as arrogant, impatient and insensitive to people that need some time to understand what they are talking about.

“I often have tender, concerned feelings for people less fortunate than me”

In another sure sign of the apocalypse, college students these days just don’t care that much about their fellow man.

Compared with college students of the late 1970s, current students are less likely to agree with statements such as “I sometimes try to understand my friends better by imagining how things look from their perspective,” and “I often have tender, concerned feelings for people less fortunate than me.”

The researchers put together a survey that elicits an “empathy” score (you can take the test yourself) and today’s kids scored 40% lower than generations of yore. That seems like a lot.  From this, the authors of the study conclude that people in my generation are more likely to donate a vital organ to a complete stranger, whereas today’s generation is more prone to knock over its grandmother for the last Mike-n-Ike’s.

Seriously, though, I wonder how much today’s lower score has to do with the language of the survey.  It seems a bit dated to me.  On the other hand, it’s hard to believe anyone ever talked that way.  I also wonder how such specious unpublished research winds up at the top of my RSS feed.

I just wanted to share that with you all.  I worry, you know.  Have a good weekend!

One-time Presidential spoiler (just don’t tell him that) and always consumer-rights advocate (though economists might sometimes disagree) Ralph Nader will visit campus Sunday to deliver “The Great Conversion: Environmentalism over Corporatism.” The show is in the Chapel at 7:30, and Mr. Nader will be around to talk and sign books before and after his talk.

Love him or hate him, Mr. Nader is certainly one of the more important figures of the last 50 years. Indeed, it would be hard to talk about the rise of safety and environmental policy without at least a hat-tip to Nader’s important role. The title of the talk suggests that he believes Americans actually buy into the message of environmentalism (however defined) over the types of results we’ve seen from corporatism (also, however defined). That’s a pretty provocative statement, and certainly Mr. Nader had no small role in fomenting these attitudinal changes. So, I encourage you to get over there and listen to what the man has to say.

Can you hear me?

There often seems to be a disconnect between what academics say and what other people hear, but the problem seems particularly acute in the economics profession.   Steven Landsburg has a rather amusing post on the subject, detailing how what we think are rather innocent comments can make us sound rather callous, to say the least.

Here’s my favorite from that piece:

A few years ago, in the state of Washington, some apartment buildings were converted to public housing. The buildings were described as having “million dollar views”. I was a silent witness to a conversation that went like this:

Person A: They’re giving million-dollar views to people below the poverty line?!!!???!

Person B (in an aside to Person C): He’s got some problem with that?

Well of course he’s got a problem with that. Ask any poor person in America to choose between a million-dollar view and a million dollars cash, and I guarantee you he will take the cash. So how callous would you have to be to give that person a grand apartment instead of selling the apartment and giving him the cash?

That, I am certain, is what Person A (who had some economics training) meant. What Person B heard was something like: “Why would you want to do anything nice for poor people?”

I’d probably take the cash, too.

The Cartoon Introduction to Economics

Well, the future of pedagogy has arrived in the form of The Cartoon Introduction to Economics. If you’ve ever wondered what economics would be like if someone with a sense of humor was teaching you, this might be the book for you. I have a copy if you are interested in coming by and taking a look at it.

Professor Bauman will be on campus April 26 to promote his book and maybe to help us to understand economics a little better.

Here’s a bit of his stand-up act. I find it laugh-out-loud funny in parts, but worry that he’s right about the Snickers bar.