Lawrence University will host a national traveling exhibition that examines the life and times of President Abraham Lincoln. 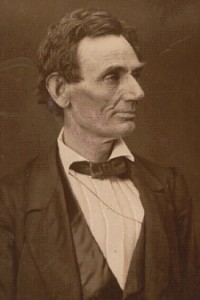 The exhibit, “Lincoln: A Man of His Time, A Man for All Times” will be on display on the second floor of Lawrence’s Seeley G. Mudd Library from Oct. 8 until Nov. 5. The exhibition is free and open to the public.

“Lincoln: A Man of His Time, A Man for All Times” traces Lincoln’s path beginning with his childhood in a one-room log cabin in Kentucky and his early political career in Illinois and continuing through his presidency, Civil War years and eventual assassination.  The exhibition, organized in panels, shows how Lincoln transcended his age and left a constitutional legacy for all Americans.

The exhibit explores compelling questions about the nation’s most written-about president: how and why did Lincoln champion emancipation? How did a self-educated, rough-hewn lawyer with virtually no administrative experience succeed in guiding a divided nation through the crises of secession and Civil War? What was Lincoln’s plan for the nation’s future, and does the United States of today match his vision?

“Lincoln” was organized by the Gilder Lehrman Institute of American History. The traveling exhibition has been made possible in part through a major grant from the National Endowment for the Humanities, dedicated to expanding American understanding of human experience and cultural heritage.