The internationally acclaimed London-based Elias String Quartet brings its reputation for performing with “exuberance and fire” to the Lawrence Memorial Chapel Friday, Feb. 3 in the second concert of Lawrence University’s 2016-17 Artist Series. 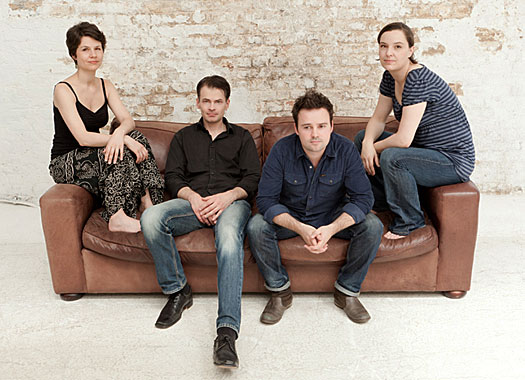 A product of Manchester’s Royal Northern College of Music in England, the quartet has evolved from student group to professional ensemble, earning raves for its artistic excellence after bursting on the scene in 1998. Since then, they have performed around the world, collaborating with many of the best musicians in the world’s most revered venues.

In its review of a recent performance, The Sunday Times of London raved “The players are individually brilliant, but their interplay is profound” while the Philadelphia Inquiring called their playing “intoxicating.”

Passionate about playing new music, Elias has premiered works by contemporary composers Sally Beamish and Colin Matthews of the UK, Matthew Hindson from Australia and American Timo Andres. In addition to the Beethoven project, their discography includes Mendelssohn and Britten as well as an album of French harp music and Schumann and Dvorak piano quintets with Jonathan Biss.