The Garden of Humanity: Lawrence International Cabaret celebrates the beauty of diversity

The beauty and richness of the world’s diverse heritage will be celebrated April 8-9 in two performances of Lawrence University’s 41st annual International Cabaret. 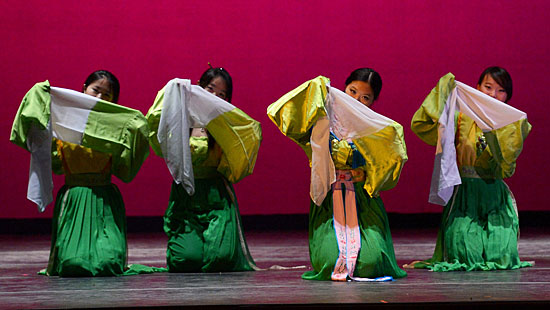 Representing more than 30 countries, 125 Lawrence students showcase their native cultures through dance, music and fashion in performances Saturday, April 8 at 6:30 p.m. and Sunday, April 9 at 3 p.m. in Stansbury Theatre of the Music-Drama Center. A free reception follows Sunday’s performance at 5 p.m. in the Warch Campus Center.

Tickets, at $10 for adults, $5 for students/children (age four and under are free), are available online  or through the Lawrence Box Office, 920-832-6749. In addition to its normal hours, the box office will be open one hour prior to Sunday’s performance.

This year’s theme for Cabaret, “The Garden of Humanity,” reflects the organizers vision of people of different races and cultures as flowers, each uniquely beautiful in their own individual way. 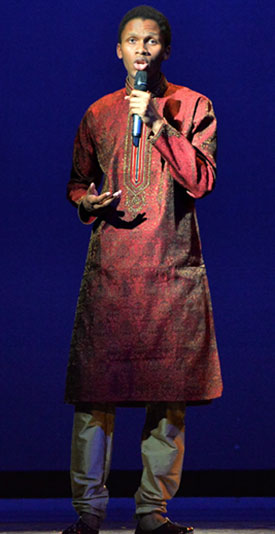 “For the international community at Lawrence, Cabaret gives us an incredible opportunity to show a little glimpse of where we are from and encourage others to learn more about it,” said Tamanna Akram, a junior from Dhaka, Bangladesh and current president of Lawrence International.

“Everyone involved puts in an enormous amount of time and effort to share a piece of their culture,” Akram added. “It’s amazing to see how involved everyone is as they work together as a team for months to make this show a success. It is a collaborative effort by Lawrentians with different interests and backgrounds, but when they take the stage, they have one goal: to make Cabaret a success.”

In addition to a pair of fashion shows featuring traditional clothing from the students’ home countries, Cabaret will include 14 performances.

Among this years acts will be “Ode to Beauty,” a dance that will transport the audience to the beauty of the southern Yangtze River in China, a singer-pianist duo performing a German song that incorporates lyrics from many famous songs, Nepalese dances that fuse folk, traditional and modern styles, a song that melds elements of classical Indian music with modern, fast-paced rhythms, the totem birds dance, which celebrates the rich history of the Vietnamese agrarian society and the always-popular K-pop dance showcasing modern Korean dance.