What was the land like where Lawrence University’s northern campus — Björklunden — now stands several eons ago?

The award-winning documentary film “Escarpment” will take viewers on a fast-paced journey through billions of years of natural history and the geologic and biologic past of eastern Wisconsin and the Niagara Escarpment region of the Great Lakes.

The screening, free and open to the public, is Thursday, Jan. 18 at 7 p.m. in Lawrence’s Warch Campus Center cinema. Roger Kuhns, who directed and produced the film, will attend the screening and be available for a question-and-answer session at the end of the film.

Winner of the 2017 Hollywood International Independent Documentary Award, the 92-minute film was shot on location along the entire length of the Niagara Escarpment, with a focus on Door County. Incorporating some animated sequences, it reconstructs ecosystems that existed when the Niagara Escarpment was formed, considers whether dinosaurs ever called what  is now Door County home and traces the path of glaciers as well as numerous other major events in the area’s geologic past.

Beyond just its geological narrative, Kuhns made the film as a way to educate, enlighten, and guide society toward better stewardship of the land and its resources while providing a glimpse of what a sustainable future might look like. 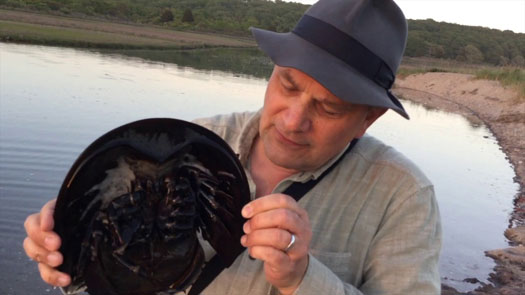 Kuhns, who splits his time living in Door County and Mystic, Conn., is a man of multiple interests. A geologist by trade — he holds a bachelor’s and master’s degree in geology from Beloit College and Washington State University, respectively, and earned his doctorate in economic geology from the University of Minnesota — he also writes books and songs, makes movies, and is both a naturalist and a sustainologist.

He has lived throughout the world, including eight years in Africa. An active teacher and workshop leader, Kuhns remains current by conducting science and practicing sustainability as the director of his own company, SustainAudit, LLC.