Lawrence University has received a $250,000 Tourism Development Grant from the Fox Cities Convention & Visitors Bureau for the renovation of the Banta Bowl. The grant, reviewed and approved by the Fox Cities Convention & Visitors Bureau’s Tourism Development Grants Committee and its Board of Directors, will be distributed over a five-year period at $50,000 per year.

The proposed Banta Bowl renovations include raising and widening the field to accommodate soccer and lacrosse and the installation of a high-quality synthetic playing surface making the field more durable. This durability will increase opportunities for community groups to use the facility.

The project also will include new seating, locker rooms, press box, concession, restrooms, lighting, LED scoreboard and entrance plaza, all contributing to a modern, state-of-the-art stadium experience. The total cost of the project is estimated at $5.2 million.

“Lawrence is delighted to have the support of the Fox Cities for our highest priority capital project,” said Lawrence University President Mark Burstein. “Investment in a new Banta Bowl is the latest example of the long-standing relationship between the college and the community including Mile of Music, the Civic Life Project and the Division III Baseball World Series. I strongly support our football program and want to thank the Convention and Visitor’s Bureau for their investment in Lawrence football and sports throughout the region. ”

The renovated Banta Bowl could attract a sizable number of visitors for overnight stays each year. The wider field will enable Lawrence to host regional youth soccer tournaments and summer camps, while the durable new turf will allow for concerts and events like the WIAA state football playoffs or even semi-pro football games. The new lighting opens up the opportunity for night games and the entire stadium feel positions it well for signature “championship” games.

“The Bureau’s Tourism Development Grants Committee along with its Board of Directors is thrilled to be able to offer this grant to Lawrence University,” said Chris Haese, Grants committee chair. “The renovations to the Banta Bowl will not only provide a boost to the Lawrence athletic program, but will also provide a great opportunity to enhance sports tourism, both of which will benefit the economy of the Fox Cities.”

The Fox Cities Convention & Visitors Bureau’s mission is to strengthen the Fox Cities economy by attracting meeting, sports and leisure visitors through sales, marketing and destination development. Visitor spending in the Fox Cities was more than $392 million in 2012. The bureau estimates that spending created 5,500 jobs and $125 million in income for Fox Cities residents. 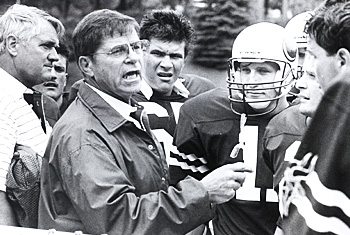