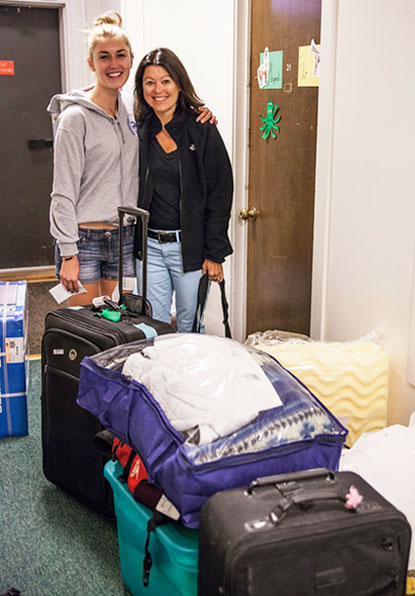 While many colleges around the country are still accepting applications for the 2013-14 academic year two weeks after the traditional May 1 deadline according to a survey by the National Association for College Admission Counseling (NACAC), Lawrence University has met its new student goal for the coming year.

According to Ken Anselment, dean of admissions and financial aid, Lawrence has met its enrollment goal of 400 new freshmen for the coming year. He expects to welcome 25 transfer students along with them.

“It is both a delight and a relief to say ‘We have a class,’” said Anselment. “Given how long students waited to make their decisions this year, I — along with many of my colleagues at other colleges — were a little anxious in those days heading up to the May 1 deadline waiting to see how they would come together. This group of new students will add to the vitality of the student population we already enjoy.”

With this class, Lawrence expects to open the 2013-14 academic year with a full-time, degree-seeking student population of 1,500 students.

The incoming class of 2017 represents 32 states and 24 countries. Wisconsin again accounted for the largest percentage of freshmen with just under a quarter of the class, followed by Illinois, Minnesota, California and New York.

Twenty percent of the freshmen are domestic students of color, among the highest percentages in school history.

Academically, the new class is like the community it joins, in that the plurality ranked in the top 10 percent of their graduating class — more than a quarter of them in the top 5 percent.  The average grade point average among the freshmen is 3.61 with an average ACT score of 29.

“While we’re always excited to talk about what our students look like before they arrive,” said Anselment, “the thing I always look forward to is seeing how they transform once they’re here.”

Nationally, more than 200 colleges were still accepting applications for Fall 2013 freshman and/or transfer admission as of May 16 according to the survey. Seventy-two percent of the respondents to the survey were private institutions and 28 percent were public colleges and universities.