Erin Buenzli, Lawrence’s director of wellness and recreation, presents “A Community of Self-Care” at 11:30 a.m. in the Esch-Hurvis Room of the Warch Campus Center. The program is free and open to the public.

Underscoring the importance of taking care of ourselves as well as others for the betterment of the campus community and society, Buenzli, will discuss campus resources available for creating an inclusive wellness culture where each person’s unique needs are recognized and nurtured in their individual pursuit of wellness.

She also will examine ways each members of the Lawrence community can take part in the shared responsibility of creating a culture of compassion, empathy and self-care.

The cultural competency lecture series is sponsored by the Office of Diversity and Inclusion. 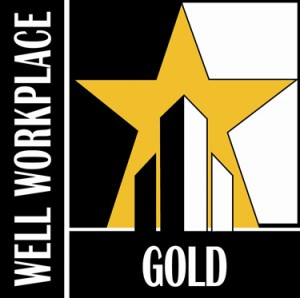 “As a Well Workplace Award recipient, Lawrence University has joined the ranks of ‘America’s Healthiest Organizations,'” said Patty Leiker, associate director of human resources and Lawrence’s employee wellness coordinator. “Becoming a Well Workplace demonstrates an unparalleled commitment to improving and maintaining the health and well-being of our most valuable asset — our faculty and staff — making quality of life a top priority.”

• Healthy Eating/Weight Management. A competition for teams of three people was held from Nov. 13 to Jan. 9 to encourage participants to maintain or lose weight during the holidays. The competition attracted 60 participants (20 teams of three), with 18 teams completing the program. – Total weight lost for all teams was 201 lbs., a 2.2 percent decrease, with one team losing a competition-best 5.72 percent of its combined weight.

• Stress Management. Lawrence partnered with local masseuses to provide on-campus 30- and 60-minute massages in the Wellness Center at reduced costs to participants to promote stress management, relaxation and work/life balance opportunities. Post-massage questionnaire comments indicated the program superseded expectations and participants recommended it to their colleagues.

• Tobacco.  In conjunction with the Lawrence University Community Council, plans were approved for an entirely smoke-free campus with the exception of only two designated outdoor smoking areas, one on each end of campus, strategically located away from high-traffic areas. The wellness committee has not received any complaints or concerns since the policy was implemented.

• Physical Activity. In addition to free access to the on-campus wellness center and its pool, gymnasium, cardio equipment, weights, a running track and locker rooms, an on-campus fitness program features yoga, pilates, zumba, a noon walking group and intramural sports, among others, all at no cost to employees. Athletic training services also were available.  Average faculty/staff usage increased from 551 visits per month from January-May 2011 to 620 visits per month in January-May 2012.

• Medical Self-Care. Campus-wide QPR (Question-Persuade-Refer) training on suicide awareness was offered to all faculty, staff and students. The “Lawrence Lifeline” program certified individuals as QPR gatekeepers on campus who were trained to identify and initiate discussions with others who might be having thoughts of suicide. More than 90 percent of participants reported increased knowledge of suicide and its prevention and more than 80 percent of participants reported enhanced confidence in incorporating that knowledge into interactions with students.

“The Well Workplace process has been instrumental in helping us to target and develop strategic interventions, evaluate the outcomes of these programs and provide a campus culture that encourages and supports well-being,” said Leiker. “We are thrilled to have had this opportunity and with the support of President Mark Burstein, his cabinet and other campus leaders, we look forward to building an even stronger program and eventually achieving the platinum award.”

Since WELCOA’s inception in 1991, more than 1,000 organizations in both the non-profit and profit sectors have joined the list of “America’s Healthiest Companies” by earning the Well Workplace Award.

“Lawrence University worked hard to successfully meet the rigorous standards set by the Well Workplace process. It is our pleasure to recognize them as the newest Wisconsin employer to achieve Well Workplace status” said Jessica Raddemann, executive director of the Wellness Council of Wisconsin.

Lawrence will host the annual Fox Cities Well Workplace awards ceremony Oct. 29 from 4:30-8 p.m. in the Warch Campus Center.  An announcement regarding the status of the Fox Cities as a “Well City USA” will be made that evening. Achieving a Well City designation requires that 20 percent of a community’s entire working population must be employed by at least 20 Well Workplace award-winning organizations.

Only a road trip to a local nature center to pick up some duckweed for a biology class that required the use of her car prevented assistant laboratory supervisor JoAnn Stamm from biking to work every day this summer.

Led by Stamm’s team-high 1,108 miles, Lawrence’s 27 faculty and staff riders logged 6,270 miles during the challenge that ran from May 1 to August 31. One point was awarded for each mile ridden with 20 points awarded to each rider for each day they biked.

Lawrence finished with a total of 21,505 points, edging Ripon College, which had led the challenge most of the summer, by just 279 points. Out of 9,578 workplaces nationally who participated in the bike challenge, Lawrence placed 124th.

“Everyone at the bank knows me because I come through the drive-in on my bike,” said Stamm, a 15-year Lawrence employee who makes the daily three-mile trek from her home to the Lawrence campus on an 18-year old Timberland crossroads bike. “I do my grocery shopping on my bike. I just try to ride every day all year long, as long as there isn’t any snow on the street.”

“Biking has been a part of my life since I was a teenager,” said Stamm, 58. “We only had one car in my family growing up so I used a bike to get around. It just became a part of my lifestyle.”

Patty Leiker, Lawrence’s employee wellness coordinator, said she was thrilled when the final standings were posted and Lawrence finished first in the nation in its category.

“It’s exciting to know that Lawrence values the well-being of students, faculty and staff and continues to support these and other types of wellness offerings through both on-campus opportunities and collaborations within the Fox Cities community,” said Leiker.  “Kudos to all the Lawrence folks who participated.”

Lawrence will be recognized Thursday, Sept. 27 for its winning performance by the City of Appleton’s Trail Advisory Committee and Andy Clark and Elizabeth Kiker, president and vice president, respectively, of the League of American Bicyclists. The city of Appleton also participated in the challenge, placing second nationally in the “communities” category.

The awards presentation will be part of a public forum — “Making Appleton More Bicycle Friendly” — hosted by Lawrence at the Warch Campus Center Cinema from 6-7 p.m.

“Kimberly-Clark is pleased to be the corporate sponsor of the first National Bike Challenge. We congratulate Lawrence University on its first-place finish in the small university category,” said Rob Gusky, Kimberly-Clark’s Ambassador of Cycling. “As the National Bike Challenge was developed in the Fox Cites, it is exciting to see a local university have great success in this program.”

Kimberly-Clark Corporation organized the National Bike Challenge in partnership with the League of American Bicyclists, Bikes Belong and Endomondo, a mobile-based sports and fitness tracking community, as a way to promote bike ridership for both transportation and recreation purposes. The entire challenge generated 12,094,591 miles ridden, surpassing its overall goal of 10 million miles.