The Hungarian version of Soviet-style economy was often referred to as “goulash communism“—it was a more permissive, generally more prosperous variant than what existed in several other Warsaw Pact countries. If the unique capitalism that Hungary is creating is to be “goulash capitalism,” it’s going to be a low-fat version. This will give yet another reason for some older folks wistfully to declare that “at least in the good old days, goulash used to be goulash.”

(This seems like a good time to point out that goulash is a soup, and a very good one. It has beef, potatoes, paprika, sometimes beans, and other things. It is not some kind of a stew, or, worse yet, ground meat with some sauce.)

Hungary rarely gets on the front page of the New York Times, but the new Hungarian tax on fatty, sugary foods was such a bold step towards a healthier Hungary that even American journalists took notice. While the justification for the tax is the national need for a leaner populace, the real reason is probably the government’s need for a fatter treasury. Those of you taking Comparative Economic Systems are probably crying “soft paternalism!” right now. Or “hard paternalism.” As to the financial consequences: if the tax really cuts down on the consumption of unhealthy foodstuffs, not only will there be little revenue generated form the tax, but the very low Hungarian life expectancy will rise, costing the state more in health care expenditures.  END_OF_DOCUMENT_TOKEN_TO_BE_REPLACED

GOP Going for the Gold?

Speaking of gold, the Financial Times is reporting that the Republicans are discussing a return to the gold standard.

What do you suppose a return to the gold standard would entail?

I can’t answer that question in short order, but if you are interested, here are some places where I would start.

For a brief overview geared to a more general audience, Michael Bordo has a brief article and a number of references at The Concise Encyclopedia of Economics and Liberty.

For articles geared for more scholarly audiences, check out the article at the New Palgrave Dictionary of Economics (available from on-campus IP addresses), or a lengthier treatment, chocked full of descriptive statistics, is Lawrence Officer’s extensively documented piece at the Economic History Association’s webstite, EH.net.

Some of you are aware that the summer Olympics have been taking place over the past few weeks, with athletes all around the world convening in London to kick each other, swim and dive in perfect synchronicity, throw balls into nets, and perform other feats of strength. As a way of monitoring each country’s progress, it is customary for the IOC and the media to keep a tally of how many medals each country has accumulated and then talking about it as if it had some great import. This year the United States amassed a whopping 104 total medals, with the People’s Republic of China coming in a distant second with 88 and Great Britain with a mere 65.

That metric never seemed quite right to me, though, because many events seem kind of like made up sports, and others involve teams, yet the team victory seems to just count as one medal.

Those issues aside, there is also the more fundamental issue that a country like, say, Grenada doesn’t have very many people in it.  Indeed, it might be the case that the Chinese sent more athletes to London than the entire population of Grenada combined. Yet, Grenada and China are set on equal footing in the ubiquitous Medal Count competition.

That’s why we’re fortunate to have Medals Per Capita dot Com keeping it real for us. The site does what you’d expect, adjusting the medals count based on population to produce the coveted “population per medals” metric.

And, on that score, the rankings change dramatically.  Indeed, tiny Grenada, with only 110,821 people, leads the way with one medal and a population per medal score of 110,821.   This bests second-place Jamacia’s score of 225,485 by a lot.  But Jamacia did come in with an astonishing 12 medals despite having a population slightly larger than the Pittsburgh metro area. Trinidad and Tobago and the Bahamas are also among the top five.

I should also mention — before somebody does it for me — that Hungary is an impressive 8th with 17 medals for a population of 10 million, which is about one medal per 600,000 inhabitants.

What about the “medals count winners”?  Well, the mighty US with its 104 medals is only about one medal per three million people, good for a measly 49th place, while China is way down in 74th on a per capita basis, with only a medal per 15 million people.

On the one hand, this illustrates why it is probably a good idea not to put too much stock in linear extrapolations, but on the other hand, these types of comparisons are important, as any sort of comparative analysis needs to have some reasonable baseline or measure of perspective.

The Medals per Capita dot Com page has a whole menu of metrics for you to play with, so with the fall term at least a week away, go ahead and start playing. 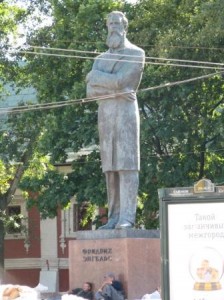