Lawrence University has joined 49 other colleges and universities in signing an amicus curiae — friend-of-the-court — brief supporting a legal challenge to the proposed end of the Deferred Action for Childhood Arrivals (DACA) program.

The universities signed the brief as part of a civil action which the University of California is pursuing in the U.S. District Court for the Northern District of California, San Francisco Division.

Lawrence is the only Wisconsin institution to join this brief. Similar briefs have been signed and filed by Ivy League colleges and higher education institutions with religious affiliations.

The California lawsuit challenges a Sept. 5 order rescinding the five-year-old policy that protects young undocumented immigrants from deportation. Congress was given a six-month window to pass a replacement law before DACA protections are eliminated.

Officials estimate approximately 800,000 young adults brought to the United States as children by their parents qualify for the program, giving them the right to work legally and remain in the country without fear of deportation.

“Ensuring Lawrence remains open to students from all backgrounds who display academic excellence is a core value of this university,” said Lawrence President Mark Burstein.  “DACA has provided a valuable avenue for talented students to pursue a college education and meaningful work.”

According to the brief, ending DACA will harm campuses and some of the best and brightest students across the country. It could deprive institutions of highly skilled and trained faculty and staff. It could force students to suspend their studies mid-way through their educational journey, leaving them with no degree to show for their efforts.

Perhaps most importantly, even for schools without DACA students, supporting DACA is central to the institution’s core mission of providing an education to help people realize their ambitions and potential and contribute to the community, the country and the world.

The brief states, “The rescission of DACA devalues that mission without any rational basis. In that respect, it harms all amici (those 50 institutions of higher education who signed the brief).” 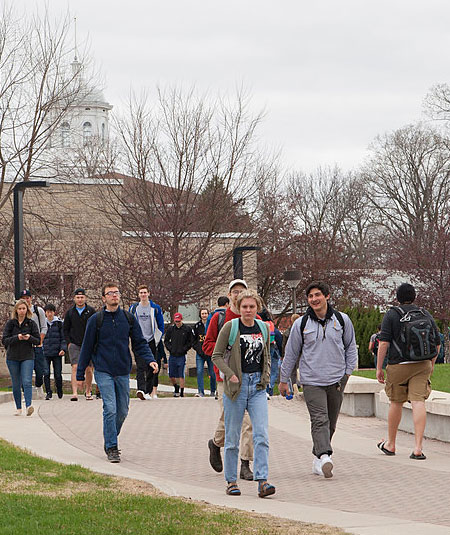 The brief concludes by noting “DACA is an enlightened and humane policy and it represents the very best of America. It provides legal certainty for a generation of high-achieving young people who love this country and were raised here. Once at college or university, DACA recipients are among the most engaged both academically and otherwise. They work hard in the classroom and become deeply engaged in extracurricular activities.

“Moreover, DACA students are deeply committed to giving back to their communities and more broadly, the country they love. These are not the types of individuals we should be pushing out of the country or returning to a life in the shadows. As institutions of higher education, we see every day the achievement and potential of these young people and we think it imperative that they be allowed to remain here and live out their dreams.”

The brief reflects the interests of institutions across the spectrum of higher education, including large public research universities, small private liberal arts colleges and two-year community colleges. Additionally, more than 800 college and university presidents have signed a letter to Congress urging them to take action to protect Dreamers.