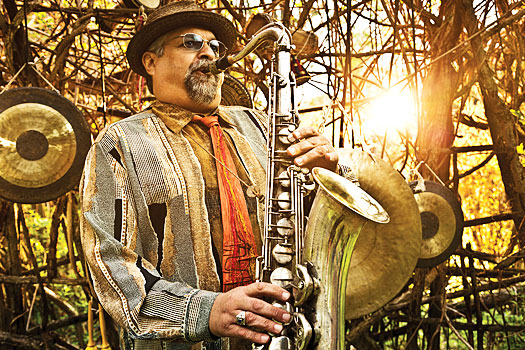 Lovano’s career has been defined by his creative efforts to find new modes of artistic expression and new ways to define the jazz idiom. With his bandmates, Lovano explores the rich history of mainstream jazz through swing and bebop, driving the edges while honoring the structures of straight-ahead jazz.

José Encarnación, director of jazz studies at Lawrence and an accomplished saxophonist in his own right, calls Lovano “one of my favorites jazz artists of all time.”

“I love every single one of his recordings,” said Encarnacion, who had the pleasure of meeting Lovano in the 1990s while performing at a jazz festival in Puerto Rico with the Bob Mintzer Big Band. “Joe’s music is always fresh, rooted on the tradition but always moving forward with new sounds and adventurous musical stories.”

A 12-time Grammy Award nominee, Lovano won the trophy in 2000 in the best large jazz ensemble album category for his work on “52nd Street Themes.” That same year, he topped both the readers and critics polls in DownBeat magazine as tenor saxophonist of the year. DownBeat named Lovano its jazz artist of the year twice, including 2010 when he captured the magazine’s “triple crown”: tenor saxophonist, jazz artist and jazz group (Joe Lovano Us 5) of the year.

His discography includes 28 albums as leader and more than 50 others as either co-leader or sideman.

Lovano has taught as the Gary Burton Chair in Jazz Performance as an artist-in-residence at the Berklee Global Jazz Institute in Boston.