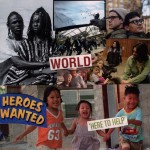 The Appleton Compassion Project is a community art project led by inspired by Richard Davidson, PhD — a University of Wisconsin-Madison brain researcher who has studied people who practice compassion. Davidson’s research demonstrates that compassion can be learned and can be practiced as a skill. “A little more joy might be within everyone’s reach,” Davidson said.

Beginning last fall, more than 10 thousand Appleton K-12 art students and hundreds of others in the community received a 6-inch-by-6-inch white panel (tile) on which to portray their idea of compassion. More than five hundred tiles were distributed to Lawrence University student organizations, academic departments and offices at Lawrence. “It is our hope that as many members of the Lawrence community as possible will take a moment to have a conversation about the nature of compassion and to produce a visual image on a panel,” said Jonathan R. Vanko, a sophomore at Lawrence and president of the Lawrence University Community Council. “Through the Appleton Compassion Project, we have a unique opportunity to collaborate with others and to connect Lawrence with the Appleton  community, bringing many of our neighbors to campus.”

The National Weather Service  will issue a mock tornado warning for northeastern Wisconsin tomorrow, April 14, testing sirens from 1:10 to 1:15 p.m. In addition, the Outagamie County Emergency Management Office will conduct a second tornado drill at 6:45 p.m. April 14, to allow parents to show their children how to take shelter at home and to allow businesses to practice their tornado plan with employees who work second shift.

To ensure that the Lawrence University community is prepared in the event of a tornado, we ask students, faculty and staff to do the following tomorrow from 1:10 to 1:20 p.m.:

When warning sirens sound, quickly seek inside shelter, preferably in a basement evacuation location. In a multi story building, seek shelter in an interior hallway on the lowest floor possible. STAY AWAY FROM OUTSIDE WALLS, GLASS WINDOWS OR PARTITIONS. Remain in the shelter until 1:20 p.m., then return to your previously scheduled classes and activities.

The Lawrence University Crisis Management Team (CMT) apologizes for the short notice but, given last weekend’s storms, the CMT believes this 10-minute mock tornado warning will help ensure the safety of the Lawrence community.

Jim Richardson ’72 Wins the “Where in the World is LU?” Photo Contest 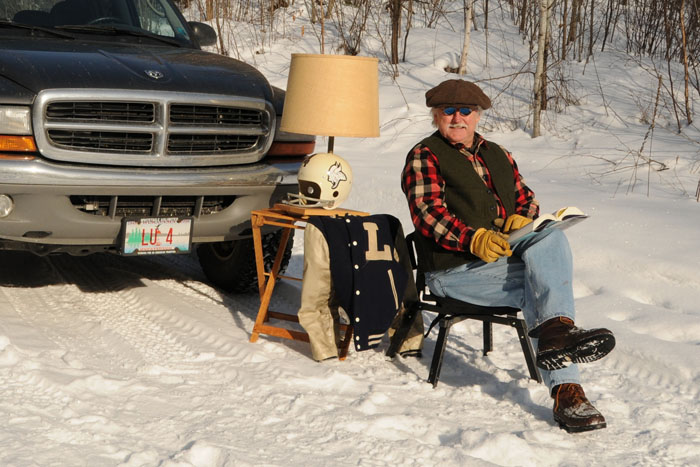 It’s Lawrence University’s 164th birthday and we want you to help us celebrate!

You may not be here on campus for the party, but we invite you to mark this special occasion in your own way: 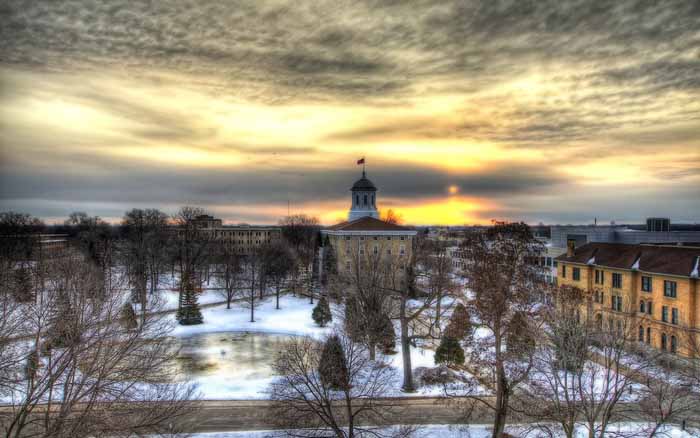 Where in the World is LU? Facebook Photo Contest 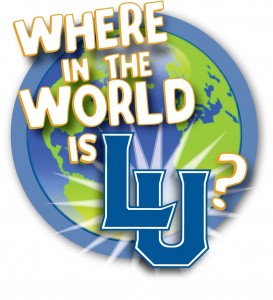 As Lawrence prepares to celebrate its 164th anniversary on Founders Day, January 12, 2011, we’re reaching out to students, alumni, faculty, staff and friends to learn “Where in the World is LU?”

E-mail a photo of a friend or loved one wearing Lawrence gear — something with the LU logo or something that says Lawrence University — to communications@lawrence.edu.  Provide a snappy caption and let us know where the photo was taken!  We’ll print as many photos as we can in the March issue of Lawrence Today and prizes will be awarded for the best photos! Judging begins January 12th and you’re the judge. (Check out these early entries.)

Not on Facebook? What are you waiting for? Click on the green “sign up” button to keep up with all the latest LU news and to network with friends, family and fellow Lawrentians.

The deadline for photos is January 10, 2011, so act fast. Here are the official rules. 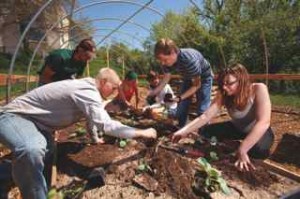 Lawrence University’s grade for sustainability has improved to a B+, according to the 2011 College Sustainability Report Card, released today (October 22, 2010). GreenReportCard.org provides in-depth sustainability profiles for more than 300 colleges in all 50 U.S. states and eight Canadian provinces.  In contrast to an academic focus on sustainability in research and teaching, the Report Card examines colleges and universities, as institutions, through the lens of sustainability. The focus is on policies and practices in nine main categories: 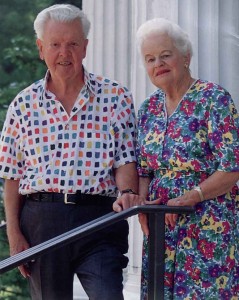 Dean Pertl blogs about the connection between business and the arts

Conservatory Dean Brian Pertl has written a thought-provoking column about how Lawrence University’s education prepared him for a career in business.

Science Hall is now … Thomas A. Steitz Hall of Science!

Lawrence University’s Science Hall which opened nine years ago, was officially renamed Thomas A. Steitz Hall of Science Friday, June 11, 2010, in honor of the university’s only Nobel Prize winning alumnus. Steitz, who graduated from Lawrence in 1962, was awarded the Nobel Prize in chemistry Oct. 7, 2009. Today Steitz is the Sterling professor of molecular biophysics and biochemistry and professor of chemistry at Yale University. The Nobel Prize honored Steitz’s decades of research on the structure and function of the ribosome, which transforms DNA into proteins central to life functions.

Steitz Hall is the largest academic building on the Lawrence University campus. The building’s first two floors house the chemistry department, while the third floor is devoted to the biology department. A bridge through the building’s distinctive 30-foot glass atrium connects the third floor to adjacent Youngchild Hall, providing the biology department with a contiguous space on the top floor of two separate buildings. The lower level features two advanced research laboratories in physics, a radioisotope wet lab for use by both the biology and chemistry departments and a world-class electron microscopy suite.

Steitz, who was unable to attend the formal dedication ceremony, will be Lawrence University’s commencement speaker Sunday, June 13.