Jamie DeMotts began experimenting with filmmaking when she was 11 years old.

Without any editing software, the Lawrence University senior from St. Cloud, Minn., had to settle for manipulating an old JVC tape camera, recording over old footage to shoot new scenes.

With the help of “real” equipment and some valuable guidance from Lawrence faculty, DeMotts’ skills as a filmmaker have blossomed. One of her latest efforts, “Brown Water,” which she made with classmates Taylor Dodson and Hugo Espinosa, will be one of four documentaries shown Tuesday, May 3 at 6 p.m. in the Warch Campus Center at the fourth community screening of Lawrence University’s Civic Life Project.

The screening is free and open to the public, but advance registration is requested at http://go.lawrence.edu/qdfw or by calling 920-832-7019.

“Filmmaking is a fantastic way to communicate stories,” said DeMotts, a self-designed environmental studies and film studies major. “Thanks to online videos, anyone can be a filmmaker. It’s a great way to express yourself and find your voice. I think everyone should be a filmmaker.”

Finding one’s voice is an important part of the mission of the Civic Life Project, which was created by award-winning filmmaker Catherine Tatge, and her husband, Dominique Lasseur. The CLP was launched at Lawrence in 2012 as an innovative educational tool to challenge students to learn about democracy in a unique way, discover more about the community in which they live and and find their own individual voice through the creation of a documentary video.

The ecologically-focused “Brown Water” explores the interaction between dairy farming and groundwater quality.

“People have heard about environmental problems so many times that it’s important to keep thinking of ways to represent them in a way that hits a target audience,” DeMotts explained of her team’s inspiration for film.

Other films featured at screening will be:

The topics for the documentaries grew out of conversations Tatge conducted with numerous community leaders to identify issues of concern in the Fox Cities. Three-member teams of Lawrence students then shared the roles of writer, editor, producer, director and videographer in creating the documentaries.

Students will lead brief, round-table discussions related to the issues following the screening of each film. 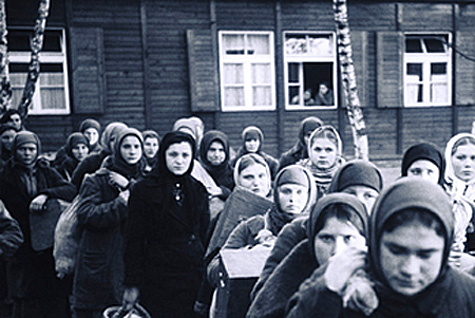