The story behind the building of Dodger Stadium written by Lawrence University historian Jerald Podair has been named one of 10 semifinalists for a 2018 PEN/ESPN Award for Literary Sports Writing.

In “City of Dreams: Dodger Stadium and the Birth of Modern Los Angeles” (2017, Princeton University Press), Podair explores one of the earliest owner-city new ballpark negotiations and the subsequent economic and cultural impact. He wrote the book to provide a window into the complex choices cities face as they seek to balance the values of entertainment and culture against those of fiscal responsibility, of private gain against public good.

Finalists in each category will be announced in January with winners celebrated at the 2018 PEN America Literary Awards Ceremony Feb. 20 at New York University’s Skirball Center. 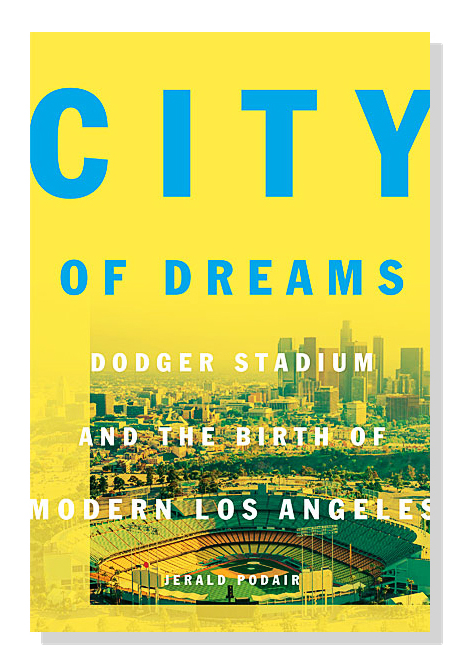 “I’m not planning on any victory speeches, but as they say at the Oscars, it’s nice to be nominated,” said Podair, Robert S. French Professor of American Studies and professor of history.

Other semifinalists include “The Cubs Way: The Zen of Building the Best Team in Baseball and Breaking the Curse” by Tom Verducci, “Sting Like a Bee: Muhammad Ali vs. the United States of America, 1966–1971” by Leigh Montville and “Iron Ambition: My Life with Cus D’Amato” by Mike Tyson & Larry “Ratso” Sloman.

For more than 90 years, PEN America has united writers to celebrate creative expression and defend the liberties that make it possible to create literature, convey information and ideas and to make it possible for everyone to access the views, ideas and literatures of others.