The Princeton Review: Lawrence one of the country’s top “colleges that pay you back”

Lawrence University is one of the nation’s best colleges for students seeking an exceptional education with great career preparation at an affordable price according to The Princeton Review.

Lawrence was included in the education services company’s 2017 edition of its just released book “Colleges That Pay You Back: The 200 Schools That Give You the Best Bang for Your Tuition Buck.” Of the schools profiled in the book, 73 are public and 127 are private. There were also nine tuition-free schools included. 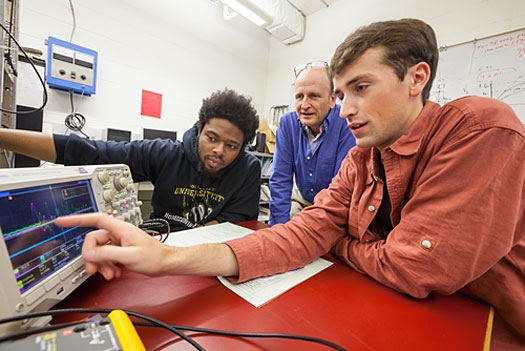 The data was culled from the company’s surveys of administrators and students in 2015-16 and from PayScale.com‘s surveys of school alumni conducted through April 2016.

“We are very happy that The Princeton Review continues to count Lawrence alumni among those most significantly impacted by their alma mater,” said Ken Anselment, dean of admissions and financial aid.

“We know from research that students who engage in high-impact educational programs — internships, intensive research experiences, one-on-one course work, and a senior capstone like our Senior Experience — are well-positioned to thrive in their lives after college, not just six months out, but for the rest of their lives. The Princeton Review’s approach to this particular rating captures the outcomes of that approach very well.”

In the “Career Information” section of the profile, Lawrence earned an exceptional ROI rating score of 88, with median starting salaries for graduates of $36,400 and median mid-career salaries of $89,500. 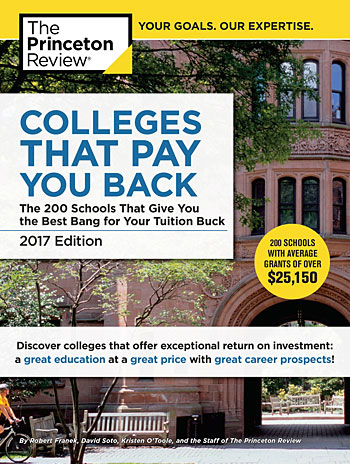 In The Princeton Review’s sublist of other rankings, Lawrence was ninth nationally among the top 25 best schools for “making an impact” based on student ratings and responses to survey questions covering community service opportunities, student government, sustainability efforts and on-campus student engagement. Lawrence also was ranked 20th nationally for “best classroom experience.”

In its profile, The Princeton Review cited Lawrence as “one of the most rigorous U.S. colleges” and for extolling “the values of a liberal education as means by which to build character, think critically, and create opportunities for choice.”

Schools included in the book “stand out not only for their outstanding academics, but also for their affordability via comparatively low sticker prices and or generous financial aid to students with need” according to Robert Franek, lead author and The Princeton Review’s Senior VP/Publisher. 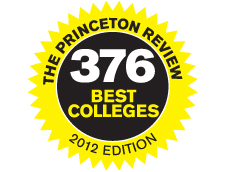 An exceptional education experience along with a great theatre program and an easily navigable campus earned Lawrence University inclusion in the just-released 2011 edition of The Princeton Review’s annual book “The Best 373 Colleges.”

The Princeton Review’s 19th edition profiles of 373 colleges — less than 15% of America’s 2,500 four-year colleges — it considers the nation’s top schools along with school rating scores in eight categories. The book also includes “Top 20” lists in 62 categories based on surveys of students attending the colleges.

Lawrence made two of the top 20 lists, ranking 11th in best college theatre program and easiest campus to get around. The lists are based on a high consensus among its surveyed students about a topic compared with that of students at other schools answering the same survey question(s) on that topic.

Using a scale of 60-99, with 99 the highest, Lawrence earned rating scores of 92 in campus life, which measures students’ satisfaction with their lives outside the classroom, 90 in academics, including a 99 rating in professor’s accessibility, a 91 in financial aid and an 81 “green” rating based on a schools’ environmental commitments. Earlier this year, Lawrence was among 286 colleges and universities included in The Princeton Review’s first-ever guide to green colleges.

“Each year, the Princeton Review offers an eclectic mix of college ratings,” said Ken Anselment, Lawrence’s director of admissions. “We’re happy to see our theatre program continue to be recognized year after year among the nation’s best. And this year’s addition of having an easily navigable campus likely reflects the great campus improvements we’ve made over the past year, such as the opening of the Warch Campus Center, Hurvis Crossing and the College Avenue median beautification project. We trust that our friends and neighbors in northeast Wisconsin — not to mention the students that come to us from around the country and around the world — will discover that when they arrive on this jewel of a campus.”

In its profile of the college, The Princeton Review defined the Lawrence experience as “a cooperative, rather than a competitive, learning environment” with “intense academics, extreme involvement in extracurricular activities, and a near-obsession with music.”

Students who were surveyed described Lawrence as a place that “doesn’t have just one strength, it has many unique and diverse strengths” with a student body that is “interested in learning for the sake of learning, not studying for the sake of receiving the highest grade.”

According to Robert Franek, senior vice president of publishing at The Princeton Review and the book’s author, outstanding academics is the primary criteria for inclusion in the book.

“Our choices are based on institutional data we collect about schools, our visits to schools over the years, feedback we gather from students attending the schools and the opinions of our staff and our 28-member National College Counselor Advisory Board,” said Franek.

Lawrence University has been recognized for its outstanding undergraduate education by the Princeton Review in its 2007 edition of the annual book “The Best 361 Colleges,” which was released today (8/22).

Only about 15% of the four-year colleges and universities in America, as well as two Canadian universities, are included in the book, which features student survey-based ranking lists of top 20 colleges in more than 60 categories, ranging from best professors, administration and campus food to student body political leanings, interest in sports and other aspects of campus life. The Princeton Review does not rank the colleges in the book 1 to 361 in any single category.

Lawrence was cited among the top 20 institutions in the nation in three of the book’s student-survey categories: 12th in how accessible professor’s make themselves to students outside the classroom; 12th in how accepting the campus is to the gay community; and 20th in how popular college theatre productions are on campus.

The various ranking lists in the 2007 edition of “The Best 361 Colleges” are based on The Princeton Review’s survey of 115,000 students — approximately 300 per campus on average — who attend the 361 colleges profiled in the book. A college’s appearance on one of the 60 lists is a result of a high consensus among the surveyed students about that subject. The 80-question survey asked students to rate their schools on several topics and report on their campus experiences at them.

Lawrence University has been named one of the nation’s “best value” undergraduate institutions by The Princeton Review. The New York-based education services company chose Lawrence as one of 81 schools it recommends in the 2006 edition of its book “America’s Best Value Colleges,” which hits bookstores on Tuesday, April 19.

The Princeton Review selected schools for the book based on data the company obtained from administrators at more than 350 colleges and surveys of students attending them. More than 30 factors were used in determining the ratings.