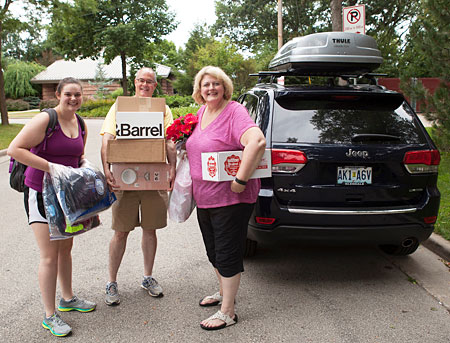 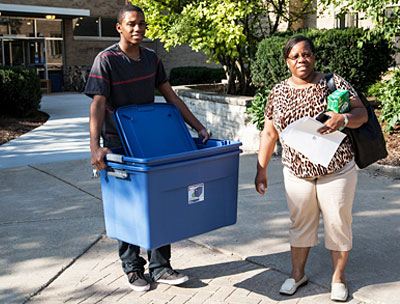 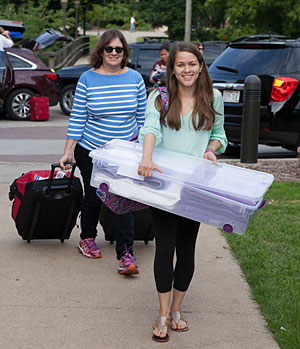 As one of Lawrence University’s academically talented incoming freshmen, it is no surprise Paige Witter is a quick study.

But with an epee and a laser pistol?

An accomplished swimmer (a three-time state meet qualifier), Witter decided to try her hand at fencing after her sophomore year of high school. Two weeks later, Witter found herself at a modern pentathlon camp at the U.S. Olympic Training Center in Colorado Springs. She so impressed, she was invited to participate in the 2011 U.S. Youth Nationals Competition.

Competing in swimming, fencing and the biathlon (laser pistol shooting at a series of targets with three, 1,000-meter runs in between), Witter placed fourth at the national championships, earning an invitation to the Youth World Championships in the process.

Opting to train rather than compete in the world championships, she returned to the 2012 National Youth Championships, finishing second among 20 pentathletes. Her silver medal earned her a trip to the Modern Pentathlon Youth World Cup competition in Tata, Hungary, last September, which attracted 80 female and 90 male competitors from 27 countries. Completing a 200-meter swim, a one-touch fencing bout with all 79 other athletes and the combined biathlon, Witter finished second among four women representing the United States and 60th overall at her first taste of international competition.

“I’m definitely competitive,” said Witter, 18, of Denver, Colo., who cites swimming as her strongest event, but fencing as her favorite. “With pentathlon, you’re doing so much and every sport challenges a different part of you. I was a little bit scared—actually I was a lot scared—the first time I competed, because there were a lot of people who were a lot better than me, but that just got me really interested in training more and trying to get better.”

Despite her passion for fencing, and the fact the captain of Lawrence’s fencing team, Mariah Wilkerson, is from the same Denver, Colo., high school Witter attended, she will compete for the Vikings in swimming, not as a member of the Lawrence fencing team.

Witten is a member of Lawrence’s 400-member freshman class drawn from 292 different high schools from 30 states and 22 countries. A snapshot of the Class of 2017:

• Approximately one-fifth of the freshmen are domestic students of color, continuing a seven-year increase in ethnic diversity.

• Academically, the plurality ranked in the top 10 percent of their graduating class, including more than one-quarter of them in the top 5 percent.

• The average grade point average among the freshmen tops 3.61 with an average ACT score of 28.

“One of my favorite times of year is our convocation during Welcome Week,” said Ken Anselment, dean of admissions and financial aid. “All of us get to greet, for the first time, the entire class of new students in Memorial Chapel together at once. You could light Appleton for weeks if you could harness the energy that comes from that event.”

Understandably excited for the start of classes, Witter admits she has “no clue” as to what course of study she wants to pursue at this point.

“It changes literally every day, sometimes every hour,” Witten says with a laugh. “I found Lawrence because it was a small liberal arts school that had fencing and neuroscience, but now I’m doing swimming instead of fencing and I’m still interested in neuroscience, but I’m not sure if that’s going to be my major.”

As for a possible future date with an Olympic Games venue, Witter is keeping an open mind.

“That would be amazing. I know I would have to put in a lot of hard work to do that, and it would be a goal for after college. It’s something that’s still in the back of my mind as something I would love to have the opportunity to train for. I’m lucky to live in Colorado, so I’m in pretty close proximity to the Olympic training center. I got to meet and train with the pentathlon competitors who went to the Olympics last year.”