Lawrence University faculty members Jerald Podair and Melissa Range will be among the 50 authors who will conduct readings and talks Oct. 9-15 during the 10th annual Fox Cities Book Festival.

Author events will be held at 13 venues throughout the Fox Cities, including several at Lawrence, during the week. All are free and open to the public.

Podair, Robert S. French Professor of American Studies, professor of history and life-long baseball fan, explores one of the country’s earliest owner-city new ballpark negotiations and the subsequent economic and cultural impact in his 2017 book “City of Dreams: Dodger Stadium and the Birth of Modern Los Angeles.”

A specialist in 20th-century history, especially presidential history and race relations, Podair also is the author of “The Strike that Changed New York” and “Bayard Rustin: American Dreamer.”

Range, assistant professor of English who joined the faculty in 2014, will read from her collection of poems entitled “Scriptorium” as well as more recent work Saturday, Oct. 14 at 11:30 a.m. at The Draw on S. Lawe Street in Appleton.

“Scriptorium” was selected as one of five national winners in the annual National Poetry Series’ Open Competition by Pulitzer Prize-winning poet Tracy K. Smith. “Scriptorium,” which Range began writing in 2006, explores the relationship between standardized, official languages and vernacular languages, particularity as they play out in religious settings. It features poems about medieval art, poetry and theology, as well as poems about the Appalachian slang of Range’s upbringing.

Callie Bates, a 2009 Lawrence graduate, is the author of “The Waking Land,” which has been named both an IndieNext and LibraryReads pick. She will read from her debut fantasy novel Thursday, Oct 12 at 4:30 p.m. in Main Hall, Room 201.

As a student English major at Lawrence, Bates was named the winner of the 2007 Nick Adams Short Story Contest sponsored by the Associated Colleges of the Midwest for “The Swans at Roxleigh,” a tale of a declining English country house in the days just after World War II.

New York native Will Schwalbe returns to the festival to discuss themes from his books while encouraging audience members to talk about books that have shaped their lives Thursday, Oct. 12 at 6:30 p.m. in Lawrence’s Warch Campus Center.

Schwalbe is the author of “The End of Your Life Book Club,” which spent 12 weeks on the New York Times bestseller list and was named an Entertainment Weekly Best Book of the Year. His most recent book, “Books for Living,” was published last December. Schwalbe has worked in publishing, digital media and as a journalist for publications ranging from The New York Times to the South China Morning Post.

Benjamin Ludwig will share passages from his 2017 “Ginny Moon,” Saturday, Oct. 14 at 2 p.m. in Lawrence’s Wriston Art Center. Ludwig’s first novel, “Ginny Moon,” a story of a teenage girl with autism, was inspired in part by his conversation with their parents at Special Olympics basketball practices.

On Sunday, Oct. 15 at 3 p.m. at Menasha’s Elisha D. Smith Public Library, Ludwig will discuss the dual aspects of Ginny Moon’s two voices: her inner voice and the voice she uses to speak with her family, friends, and classmates, and how her two voices serve as a vehicle for his  own personal beliefs.

Shortly after Ludwig, a long-time English teacher, and his wife married, they became foster parents and adopted a teenager with autism.

Lawrence University will host an artist, a poet, two photographers and an alumna author in conjunction with the 8th annual Fox Cities Book Festival April 20-26. All events are free and open to the public.

Crystal Chan, a 2002 Lawrence graduate, is one of this year’s festival’s featured authors. On the heels of her critically acclaimed 2014 debut novel “Bird,” Chan presents “Beyond Being ‘Unique’: a Mixed-Race Author in a Monoracial World” Thursday, April 23 at 6 p.m. in the Appleton Public Library.

Lawrence, one of the sponsors of the book festival, will host a meet-and-greet with Chan Friday, April 24 from noon to 1:30 p.m. in the Milwaukee-Downer room of the Seeley G. Mudd Library.

Beth Zinsli, director and curator of Lawrence’s Wriston Art Center Galleries, will lead a tour of Martin Brief’s art exhibition “Amazon God,” Wednesday, April 22 at 1 p.m. in the Wriston Art Center. The exhibit explores the difficulty of describing God using language. Brief, known for his focus on language, almost to the point of obsessiveness, creates artworks that dig deep into the meaning of words until he has reached the very limits of expression.

Brief was the recipient of a 2013 Howard Fellowship and a 2014 MacDowell Colony Fellowship. The “Amazon God” exhibition runs until May 3.

Hoffman also is the author of “Sightseer,” which won the Lexi Rudnitsky First Book Prize in Poetry, and the chapbook “Her Human Costume.”

Photographers Travis Dewitz and Kevin Miyazaki discuss their recent projects in a talk on art photography Friday, April 24 at 5 p.m. in the Warch Campus Center Cinema.

Dewitz’s book “Blaze Orange: Whitetail Deer Hunting in Wisconsin” explores Wisconsin heritage through the sport of deer hunting. Jeff Davis, editor of Whitetails Unlimited Magazine, says Dewitz “presents the deer hunt in a way that is unvarnished and yet poetic, graceful and subtle.” Describing his work as “conceptual, emotive and expressive,” Dewitz has provided photography for publications ranging from National Geographic and Trains Magazine to Vogue Italia and Child Model Magazine.

Miyazaki’s 2014 book, “Perimeter: a Contemporary Portrait of Lake Michigan,” reflects on the importance of freshwater in the communities surrounding it. The work came from Miyazaki’s 1,800-mile drive around Lake Michigan. It was commissioned by Marquette University’s Haggerty Museum of Art.

His photography has appeared in Martha Stewart Living, Midwest Living and The New York Times Magazine, among others. 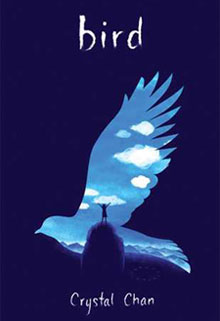 Chan’s “Bird” tells the story of 12-year-old Jewel and her family’s struggle with loss, secrets, silence and racial identity. Chan drew on her own experience growing up mixed-race in Wisconsin, which she describes as both rich and daunting. “Bird” has been published in nine countries and was recently announced as a finalist in the Society of Midland Authors’ 2014 best books by Midwest authors, children’s fiction competition.

Also as part of the book festival, the Lawrence University Students Poets Invitational will be held Monday, April 20 at 7 p.m. at the Copper Rock Coffee Company. As part of the Wisconsin Fellowship Poets Series, the event will conclude with an open mic and the public is invited to participate.