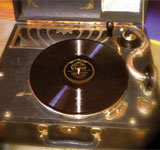 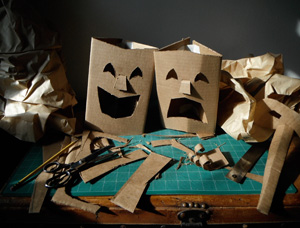 British playwright Peter Oswald’s “The Storm or ‘The Howler,'” an appalling mistranslation of Plautus’ Roman comedy “The Rope,” will be performed Feb. 18-20 by the Lawrence University department of theatre arts.

Show times will be Thursday, Feb. 18 and Friday, Feb. 19 at 8 p.m. with two shows on Saturday, Feb. 20 at 3 and 8 p.m. in Lawrence’s Cloak Theatre. Tickets, at $10 for adults and $5 for senior citizens and students, are available through the Lawrence Box Office, 920-832-6749. Due to suggestive content, this production may not be appropriate for anyone 16 years or younger.

While Oswald’s translation draws from the main plot of Plautus’ original comedy, he takes great liberties in retelling the story. First produced in 2005, “The Storm or ‘The Howler'” deals comically with freedom and loss and employs physical comedy, audience interaction and various anachronisms.

Kathy Privatt, associate professor of theatre arts and James G. and Ethel M. Barber Professor of Theatre and Drama, is directing the production. She says Oswald was having fun in giving his translation a double title.

“All the action of the play is set in motion by a storm and then the romp that follows will hopefully make the audience ‘howl’ with laughter,” said Privatt.

Plautus’ original comedy, written around 211 B.C., revolves around Palaestra, a young girl kidnapped by pirates at the age of three and sold into prostitution. When a storm causes a shipwreck, washing Palaestra ashore, she seeks shelter in a temple of Venus, where she is found by a slave. Comedic confrontations between slaves and masters, masters and pimps and pimps and slaves ensue.